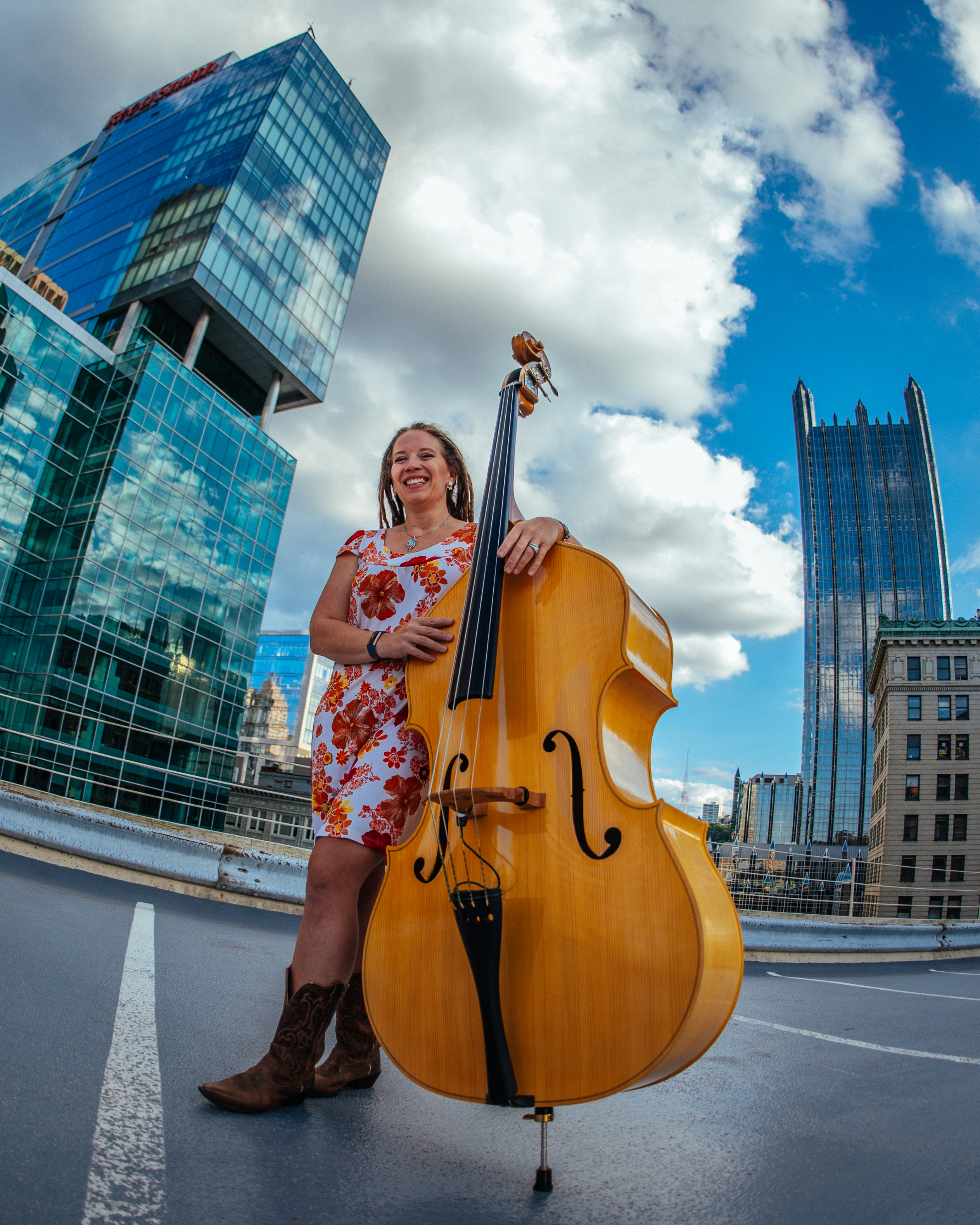 Trish has served as a section member of the California Philharmonic, World Civic, and Butler (PA) Symphony Orchestras, and has had the good fortune to play the stages of the Dorothy Chandler Pavilion, Avery Fisher (now David Gefffen) Hall, Heinz Hall, and Carnegie Hall (NYC).

After nearly 25 years of orchestral playing, Trish hung up her concert blacks, pulled on a pair of cowboy boots and hasn’t looked back.

Her training in Bach, Beethoven and Mozart laid the perfect foundation to tackle the intricate counterpoint of bluegrass music. Trish is well versed in bluegrass, country, and American folk music and has become one of the most highly sought-after upright bassists in the Western Pennsylvania region.

Trish is also an alumna of IBMA’s Leadership Bluegrass Class of 2018.

“The durability of Fishman products is unmatched. I also love that when I’m plugged in through their products, my bass sounds like my bass … just louder … which is exactly what I’m looking for” – Trish Imbrogno