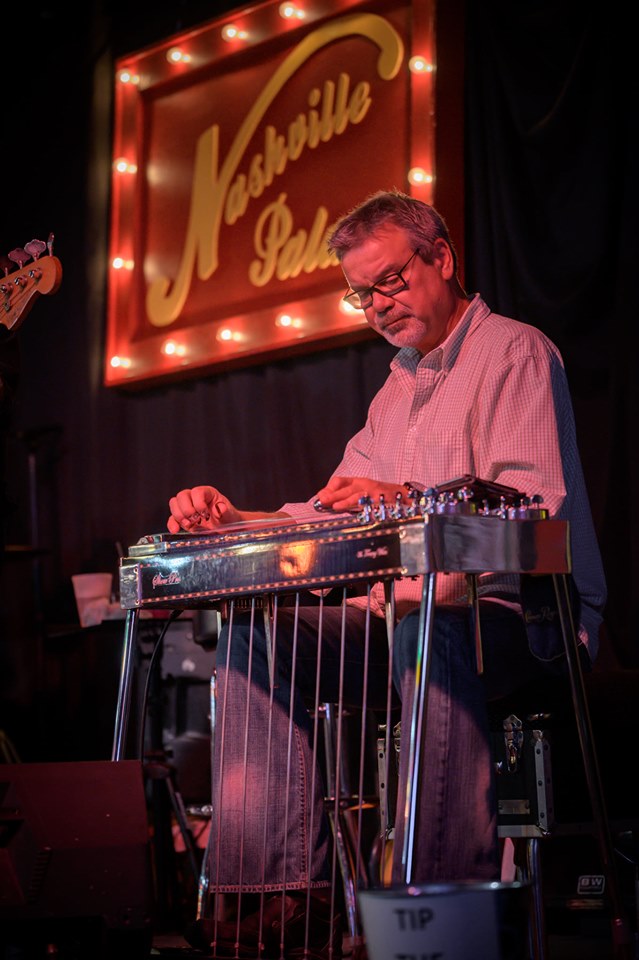 Rusty Danmyer has been playing steel guitar and dobro for 40+ years. His early desire to play music came from watching and eventually “sittin in” with his father, Dave and his grandmother, Virginia. During these early years, he developed an incredible love for traditional country music and bluegrass. Growing up in a small town in the foothills of North Carolina, he played with different bands in the area including many with his guitar and banjo playing father.

Soon after college, Rusty moved to Blowing Rock, NC to work at the theme park Tweetsie Railroad. The following year, he moved to Charlotte, NC and worked at Country City U.S.A. and three years at Coyote Joe’s.
His childhood dream of moving to Nashville and working with a national country act was fulfilled in 1994 when Martina McBride hired him to play steel guitar in her show.

“The Fishman name has always been synonymous with fantastic tone and reliability. I have been playing Fishman gear for years and am proud to be a part of their family.” – Rusty Danmyer