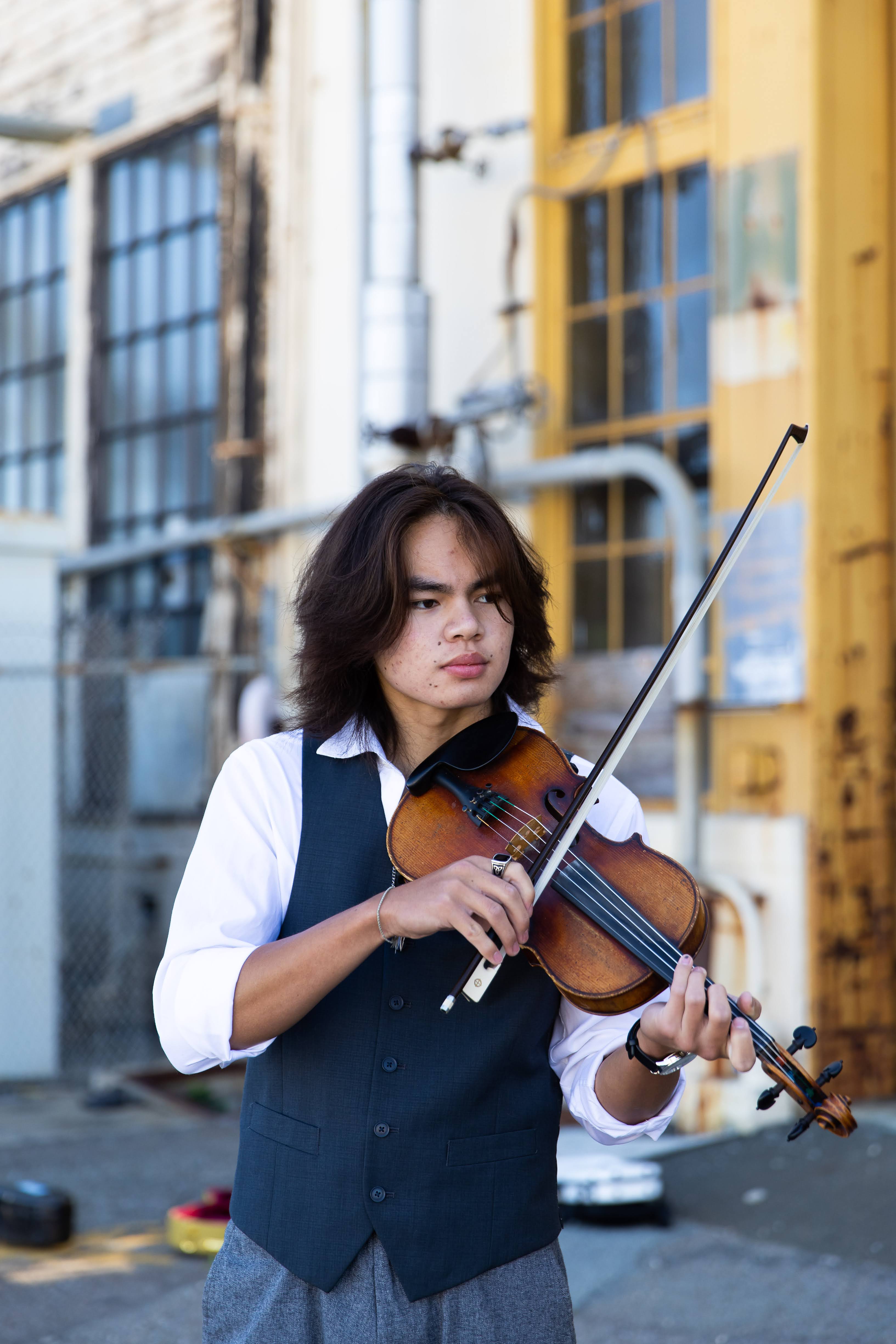 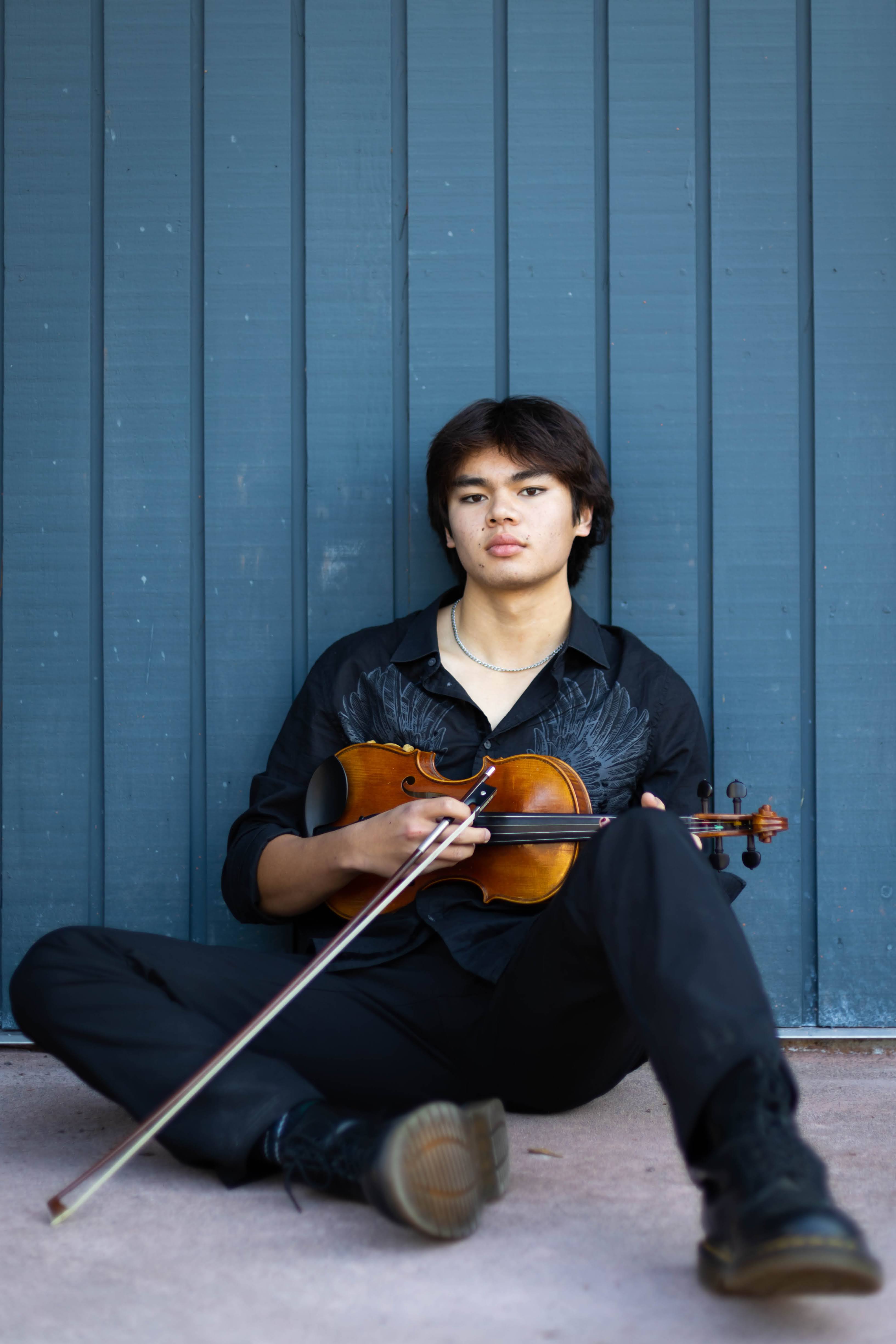 Miles Quale is a fiddler from Alameda, CA, who plays and sings with depth beyond his years. Miles is accomplished in both bluegrass fiddle and jazz violin, playing with his own bands and as a guest on stages and at music festivals throughout the country and internationally. He is the fiddler for and a founder of the bands Crying Uncle Duo, Crying Uncle Bluegrass Band, and Jubilee. Recording his first album at the age of twelve, Miles and his bands have since released several full length albums and EPs. He has been fortunate to play with many of his musical heroes, including Darol Anger, Mike Marshall, Brittany Haas, and Country Music legend Marty Stuart. In 2019, Miles had the honor of playing at Ryman Auditorium and the Grand Ole Opry. In 2021, he toured with band leader and guitarist, Dr. Pascal Bokar and his AfroBlueGrazz Band. In 2022, Miles was awarded a Whippoorwill Arts Fellowship. He plans to use the generous $25.000 grant to travel around the world and learn from and collaborate with local musicians. He will attend University of California Los Angeles Herb Alpert School of Music to study Global Jazz in Fall 2023.

An accomplished contest fiddler, he placed in the Top 5 of the 2022 Open Grand Master Fiddlers Championship (Nashville, TN), won the 2019 Youth Grand Master Fiddlers Championship and the 2019 National Fiddle Contest Jr. Swing Division Championship (Weiser, ID). In 2021 and 2020, Miles was nominated for the International Bluegrass Music Association Momentum Instrumentalist Award; and, in 2019, he was a finalist at Freshgrass Festival’s Fiddle Contest (North Adams, MA).

Miles began Suzuki violin at the age of 3 and switched to bluegrass fiddle when he was 6. He began his studies with Catherine Manning of Manning Music in Berkeley, CA, and has since studied with Tristan Clarridge of Crooked Still, Chad Manning of The David Grisman Quintet, Grammy Award winning jazz violinist Mads Tolling, and fiddler extraordinaire Darol Anger.

Miles has taught fiddle at Manning Music School, Berkeley CA, since the age of 12, and he currently teaches jazz violin at Oaktown Jazz, Oakland. He has also worked as a teaching assistant for Freight and Salvage’s Freight Kids Music Camp and for California Bluegrass Association’s Kids on Bluegrass program. He plays a mean round of chess, is a blue belt in judo, and enjoys cooking for family and friends.

“I love the sound I get using my Fishman gear” – Miles