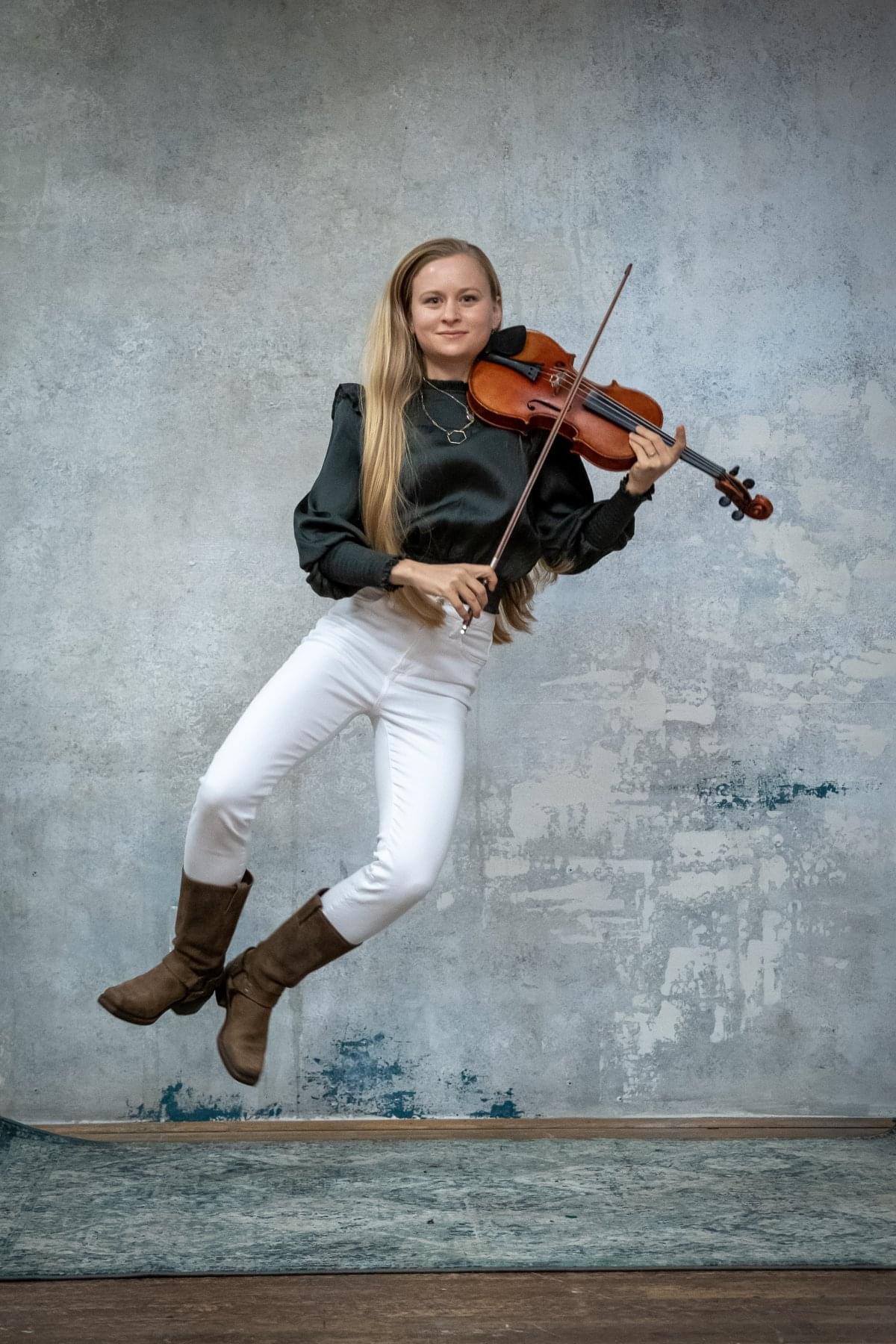 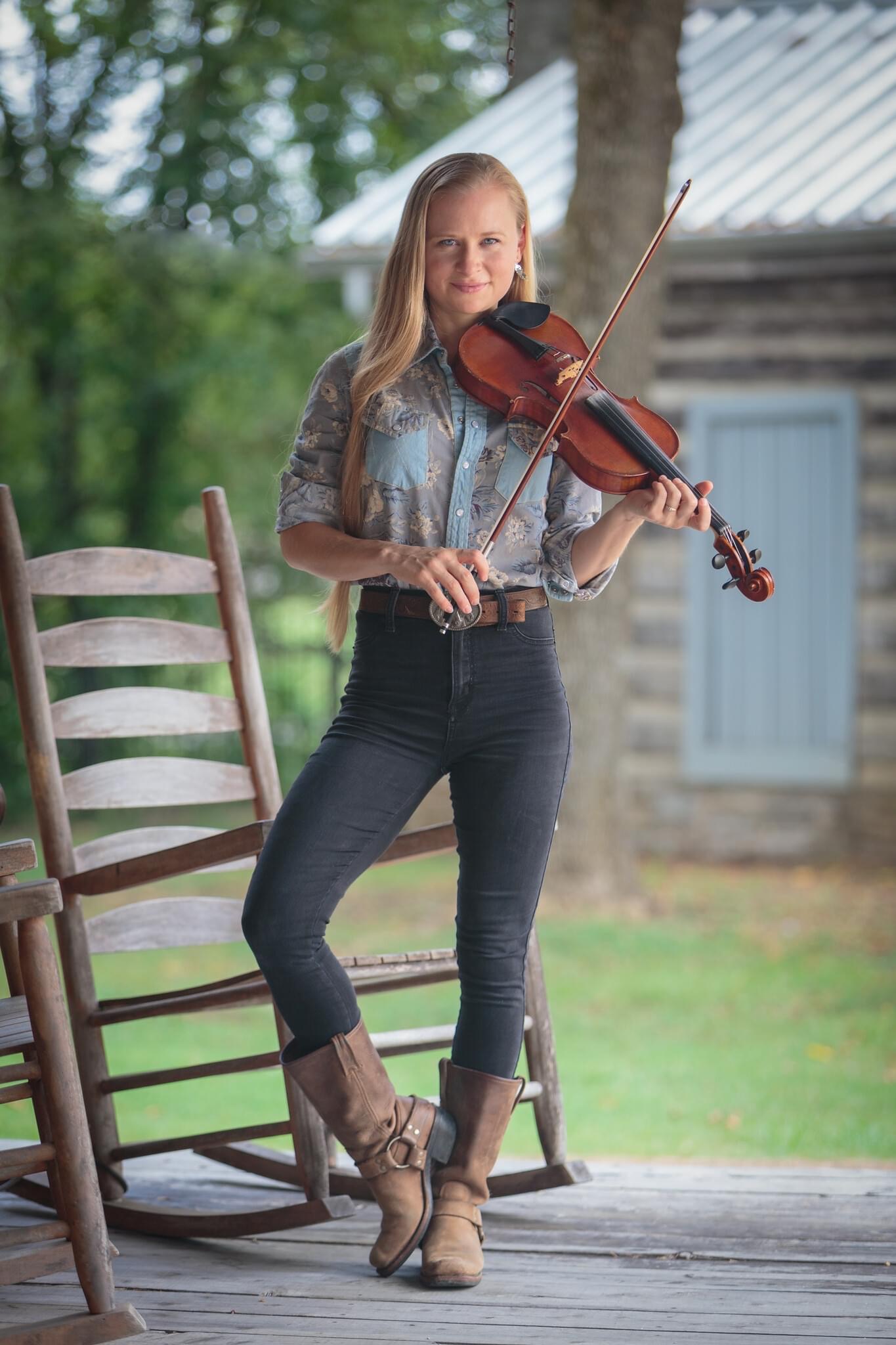 Hillary Klug is a Bluegrass force.

Already the second-most famous international export from Lynchburg, Tennessee, the triple-virtuouso fiddler, dancer and singer-songwriter-storyteller Hillary Klug is a fast-rising Bluegrass superstar. With a stunning 1.4 million followers on Facebook, her incredibly popular TikTok at 235,000, another 135,000 followers on Instagram and 120,000 subscribers to her YouTube channel, Hillary has also mastered the art of Artist Social Media.

Her most recent album, “Howdy Y’all,” (2020) rose to #3 on the Billboard Bluegrass chart and features vocal production by Donna Ulisse. Her original song, “Le Petit Chat Gris” was featured in the “Wild Rose” movie and soundtrack.

Hillary started fiddling as a child, then added the boots and dance, singing came next and she has become an unforgettable triple threat live show dynamo.

As an adult she became a two-time National Buckdancing champion and began busking the streets of Nashville’s legendary Lower Broadway, in the shadows of the historic Ryman Auditoroum, former home of the Grand Ole Opry. In only a few short years, she’s gained over 450,000,000 video views from fans.

In Fall 2022, IBMA hired Hillary as Bluegrass Ambassador. She led an industry  panel on Social Media Strategy, performed at an Official Showcase, plus a show at the Virginia Tourism stage and produced some 18 popup performance videos, collaborating with luminaries like Dom Flemons, Jim Lauderdale, Becky Buller and more.

Hillary has toured extensively in the US and 16 countries, collaborated with everyone from Mairead Nesbitt of Celtic Women to Mark and Maggie O’Connor, and is a regular performer at Dollywood and Silver Dollar City. In 2023 she’ll expand the map and add many more fans to her global Bluegrass empire. She is, quite simply, like no other artist.

No Depression on Hillary at IBMA:

I think 2022 will go down as a tipping point, a changing of the guard, including the emergence of a new and exuberant new talent, Hillary Klug. The (IBMA) fest demonstrated two things to me: 1) Bluegrass just keeps becoming more vibrant every day; and 2) a shining new talent is on the horizon, Hillary Klug.

“I just love Fishman gear, they make everything I do sound that much better!” – Hillary Klug