How to Choose an Electric Guitar Pickup

One of the glories of the electric guitar is that it can be constantly refined, modified, enhanced, and otherwise bent to the creative will of the player. You can repaint it or strip it of color entirely. Try different bridges, nuts, and tuning knobs. Add or remove tremolo bars. Basically, you can transform the guitar version of a beaten-down old sedan into a fire-breathing hot rod.

But, while you can go completely bonkers and replace every part on your guitar, experienced hot rodders often focus on just one relatively simple improvement—changing out the guitar pickups. In many cases, this is the easiest and most effective way to soup up the performance of an electric guitar. Put the right pickup into your instrument, and you can conjure near miraculous sound quality—it’s almost like elevating a Kia SUV to a Ferrari. Really. 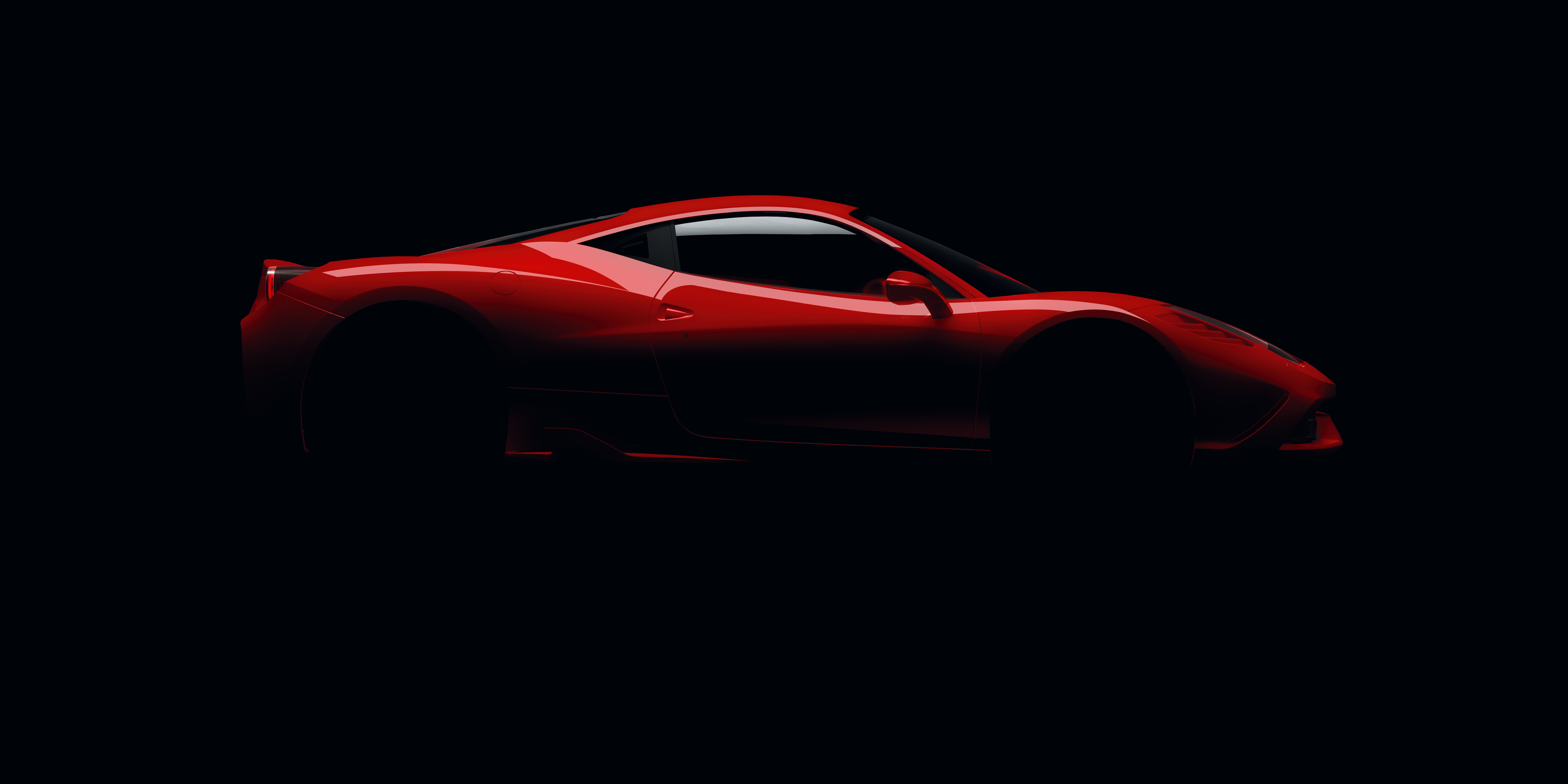 The proof of concept here is that scores of guitarists replace their pickups quite frequently. This relentless quest for improved tone has grown and sustained an entire industry of pickup makers—from small, boutique designers to major manufacturers—who have developed thousands of different models and styles to entice sonic adventurers.

What Caused the Pickup Population Explosion?

There was a time—and not very long ago—when the vast majority of guitarists would find a guitar they liked, and the pickups that were installed as standard equipment would stay put forevermore. The only time many guitarists even considered changing out a pickup would be if one somehow malfunctioned, and there was no other choice but to replace it.

Sure, a player might read in a guitar magazine about someone like the legendary Les Paul tinkering with different pickups, but that was Les Paul, and not every player possessed that man’s knowledge, vision, soldering skills, and adventurous spirit. The act of exchanging pickups was deemed a sport for professionals and mad scientists—not something done by the average player. 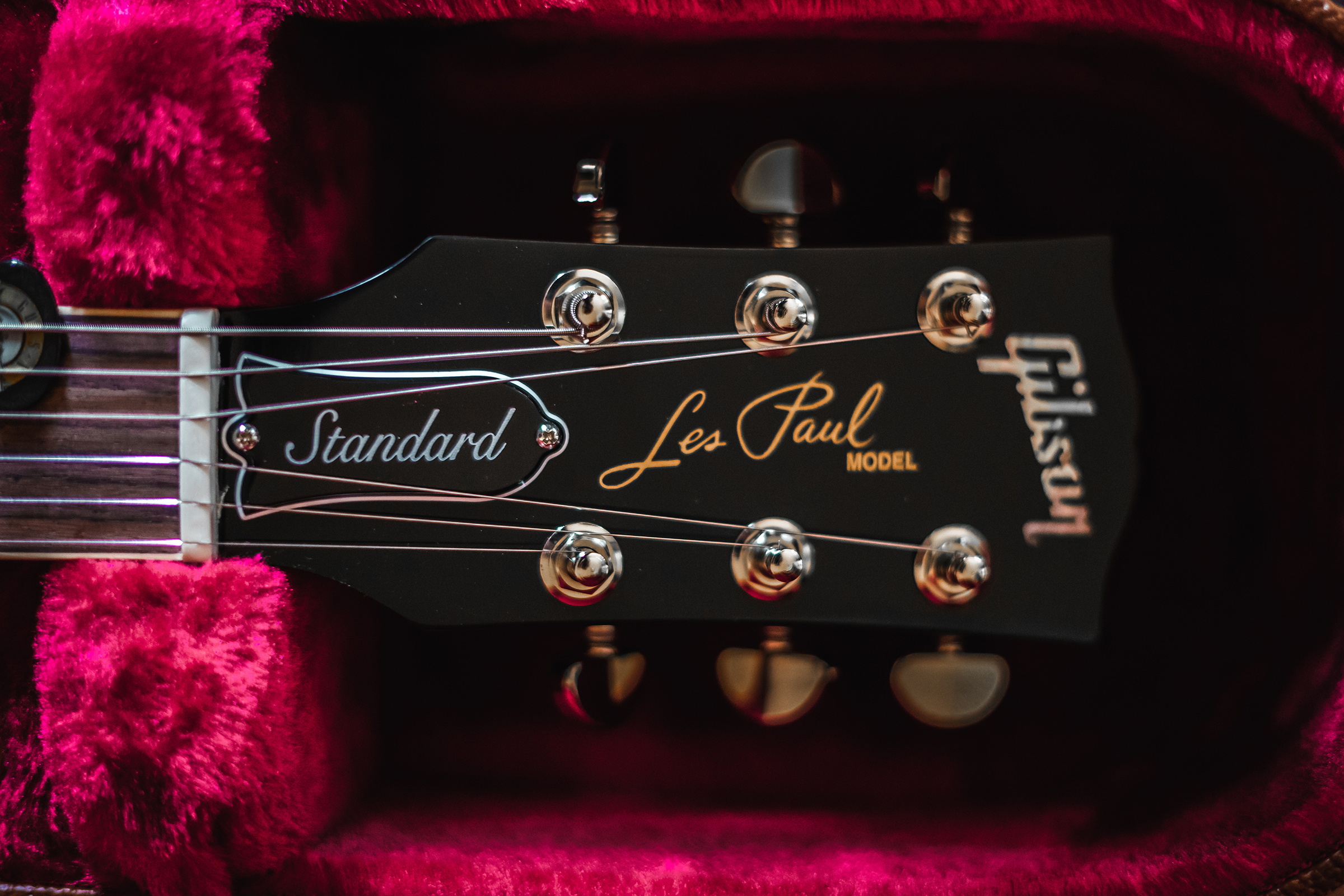 However, a couple of events in the early to mid 1970s had a volcanic effect on everyday players’ acceptable and enthusiasm for replacement pickups. First, a few manufacturers started developing pickups with higher outputs that sounded like no other standard pickup at the time. Eddie Van Halen’s building of his Frankenstein guitar around 1977—as well as the popularity of both Eddie as an astounding player and Van Halen as a burgeoning hitmaking machine—certainly inspired more than a few guitarists to customize or construct their own instruments, and mess around with pickup selections. 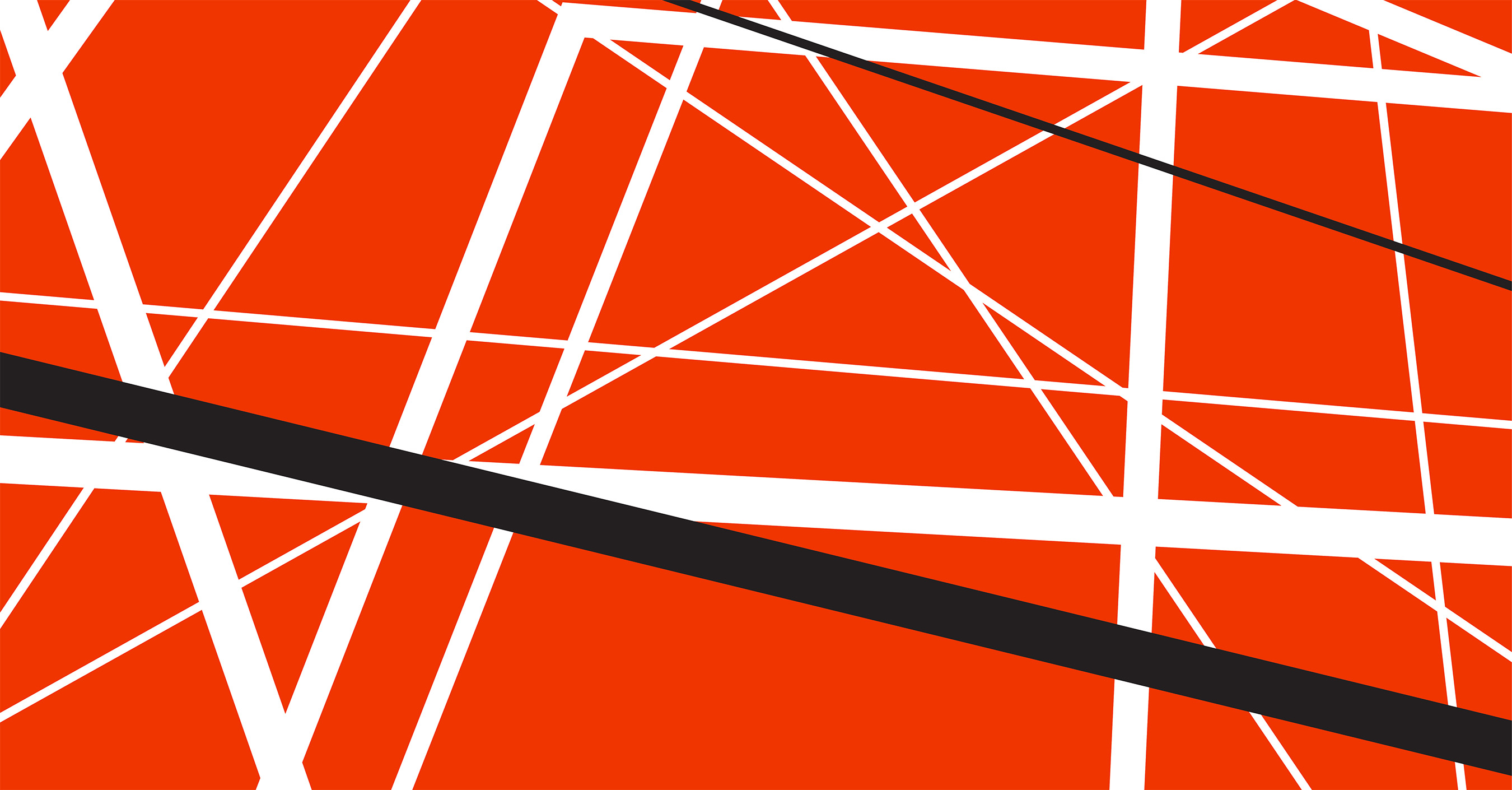 Van Halen had famously said, “Other guitars wouldn’t do what I needed them to do, so I made my own.” Likewise, the modification game really took off in the early 1980s, when heavy metal players began seeking guitars that produced more aggressive tones, invited faster playing, and allowed more belligerent tremolo techniques without wrenching the strings out of tune. This was the dawn of super-solidbody guitars designed for shredding, and the days of players avoiding changing out pickups was forever changed. Guitarists obsessed with finding their ultimate tone were now unafraid to do whatever it took to improve their sound, and replacing pickups became an excellent path to sonic riches.

A 30-Second Seminar on How Pickups Work

The history of pickups is long, and the tech data is as deep as the Mariana Trench. Basically, a conventional guitar pickup is an electromagnetic mechanism that produces a magnetic field. Your guitar strings pass through this field, and when you pluck a string, the magnetic field is disrupted—an action that translates into an electrical signal. That signal is output to an amplifier, and—voila—your guitar creates its hopefully marvelous sound. 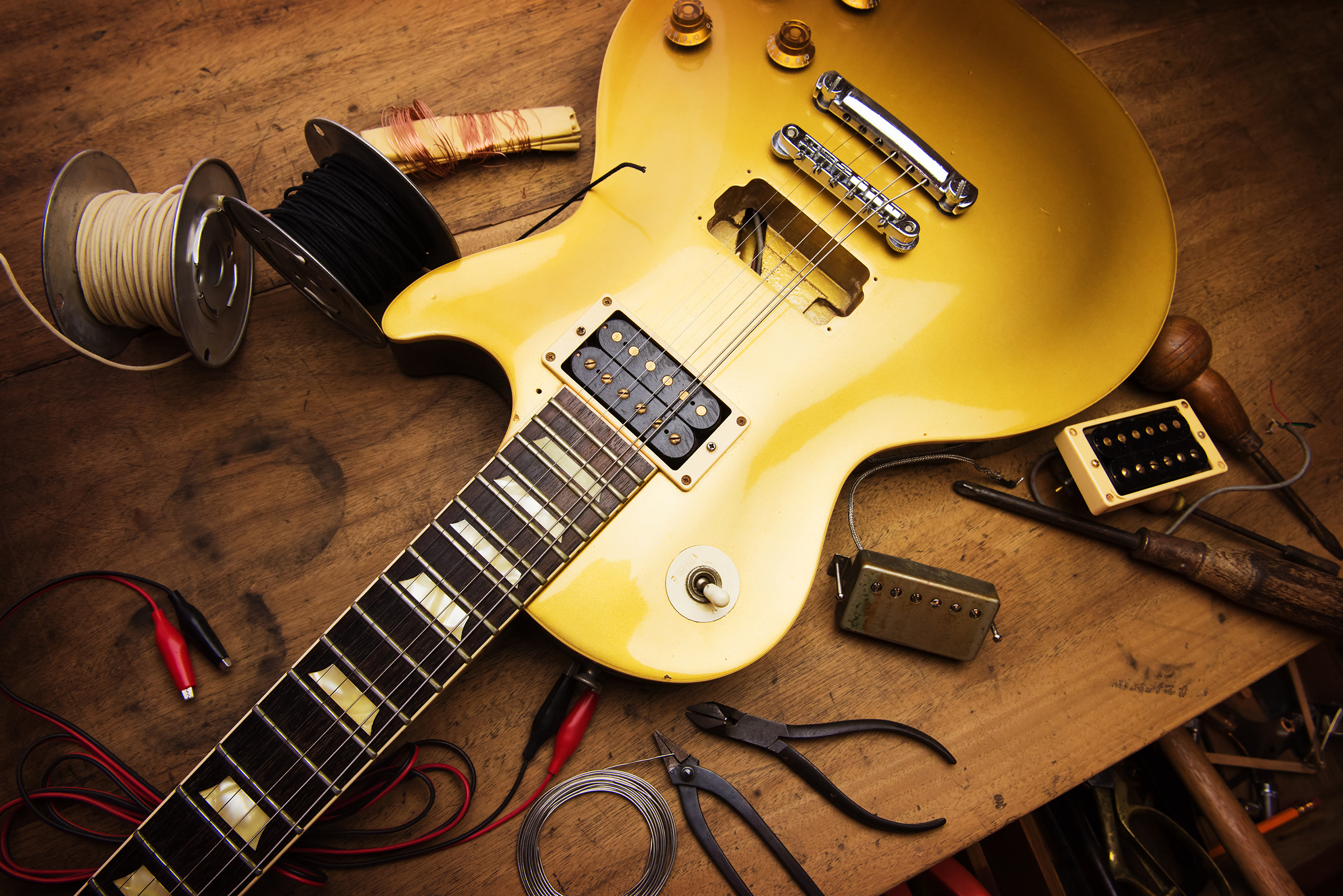 The performance of an electromagnetic pickup is guided by a number of factors, including the type of magnet used, the wiring (the gauge of the wire, the number of windings, etc.), insulating materials, and the metal components (pole pieces, baseplate, etc.). Happily, you don’t need a master’s degree in electrical engineering to understand the models most players use to power their guitars. The following is a basic overview of pickup types and how they create a guitar sound.

While major corporations who produce thousands of pickups—as well as designers who work on small batches in their garages—continue to evolve pickup manufacturing and technology, there are just a few basic models you should be acquainted with. These fundamental pickup types helped produce the tones of early jazz and blues players, classic rockers, shredders, and even the wonderfully quirky YouTube influencers of today.

Tech Talk: Single-coils are called single-coils because the pickup magnets are wrapped with a single coil of wire.

Cons: Susceptible to electrical interference from lighting, computers or other devices, which can result in buzzes and/or a 60-cycle hum. 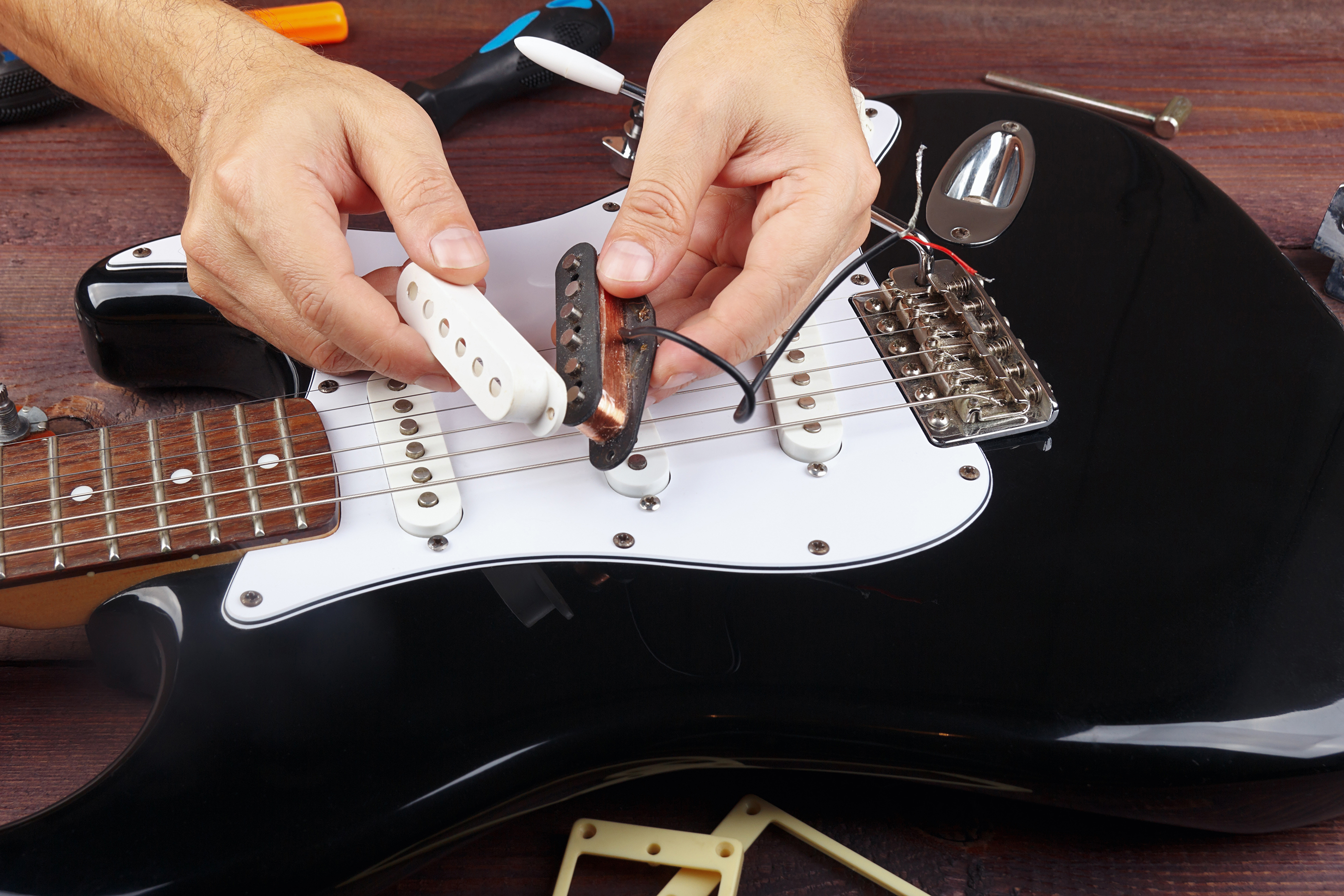 Tech Talk: A humbucking pickup does exactly that—it “bucks” 60-cycle hum. It does this by having two adjacent coils with reversed polarity that serve to cancel out most sonic gremlins.

Tech Talk: Filter’Trons are actually a type of humbucking pickup, but as devised for Gretsch guitars, rather than iconic Gibson models. 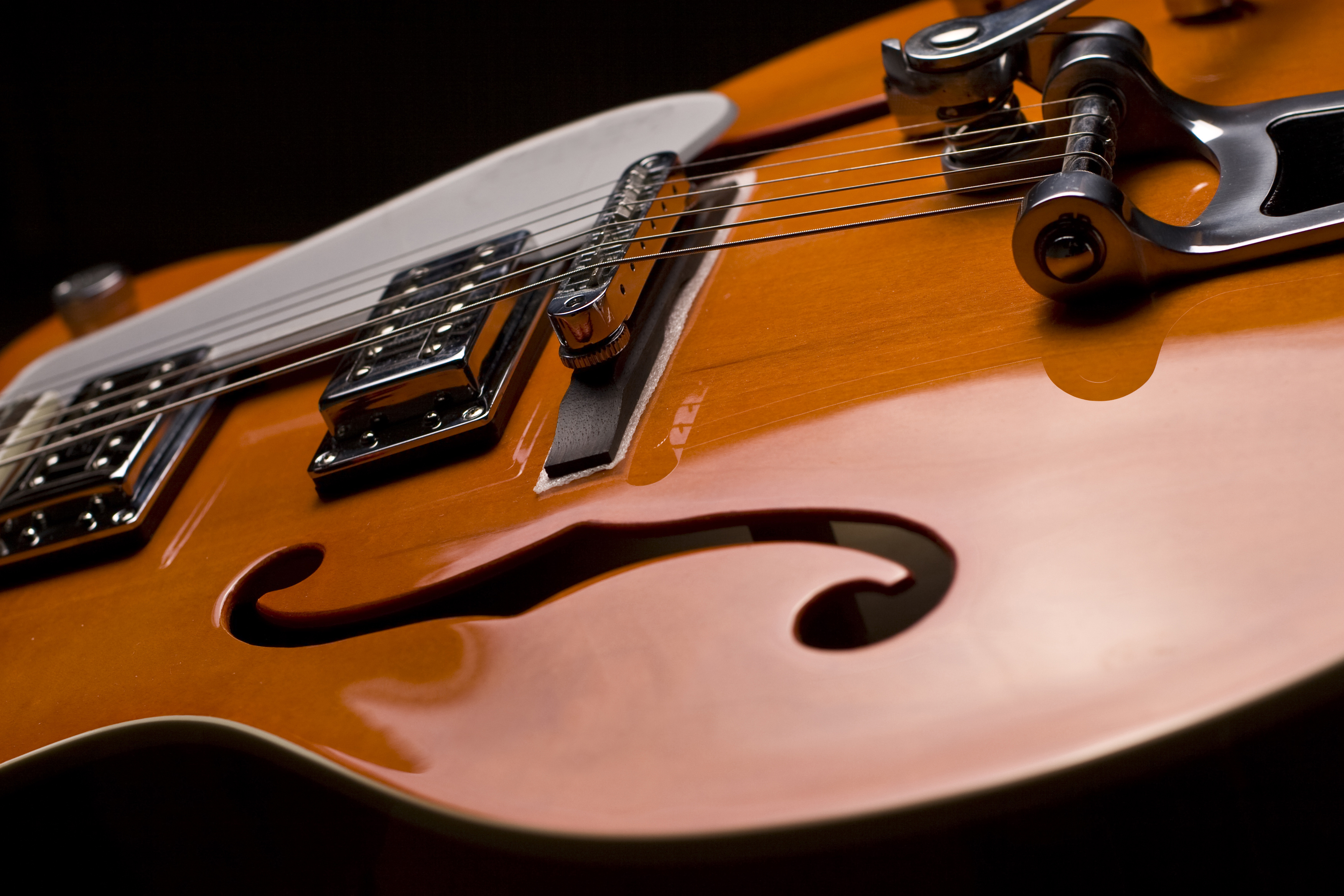 Tech Talk: While the pickups we’ve discussed to this point are considered “passive” models that require no additional power, “active” types possess an onboard, signal-boosting preamp that is usually powered by a 9-volt battery

Cons: If the battery dies, so does your sound.

How Do You Know Which Pickup Is Right for You?

As with pretty much everything regarding the subjectivity of tone, it’s difficult to provide thorough guidance, because the creator is the arbiter of what’s good and what’s bad. That means you, BTW. And, quite frankly, many guitarists own guitars with different types of pickups to invite sonic diversity—it’s about using the right tool for the right job.

Furthermore, passive single-coils and humbuckers have fueled the aural landscapes of so many different musical styles for decades now, making it difficult to choose a complete bummer. Tone is also in the fingers—you’ve likely heard that cliche—and players can sometimes create sounds that aren’t typically associated with the so-called “standard” characteristics attributed to a specific pickup. For example, Stevie Ray Vaughan crafted thunderously massive tones with his single-coil-powered Stratocaster, and Al Di Meola produced fluid and glassy sounds with a humbucker-equipped Les Paul. Chet Atkin played as mellow as you please with Filter’Tron pickups, while Billy Duffy of the Cult uses the Filter’Trons on his Gretsch White Falcon to rage with colossal overdrive. 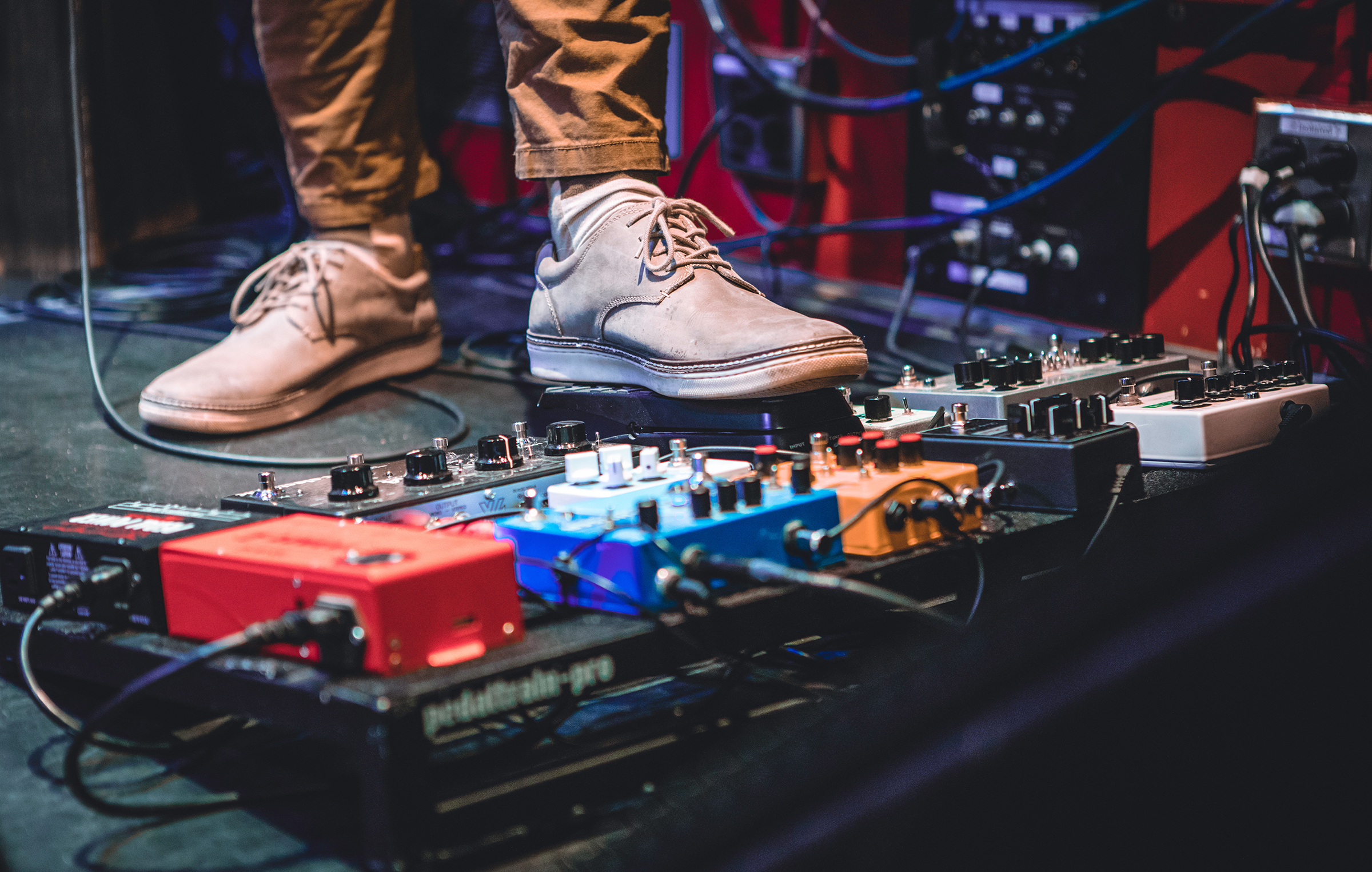 Of course, these examples must take into consideration that each player further augmented their tone with string-gauge selection, savvy amplification, the introduction of further signal processing (compression, reverb, stompboxes, and so on), and other such elements. If you simply want to grab a guitar with a certain set of pickups and immediately start making the music you want, here are some suggestions to get you started:

Your music is enriched when dressed up in stunning clean tones. A single-coil-equipped guitar such as a Fender Stratocaster will deliver the goodies here. Your basic tone will be clean and transparent, and your soft-to-loud dynamics—when you switch from playing with more or less attack on the strings—should be translated clearly.

You adore surf music. Single coils all the way. That’s the classic sound of surf-rock instrumentals. 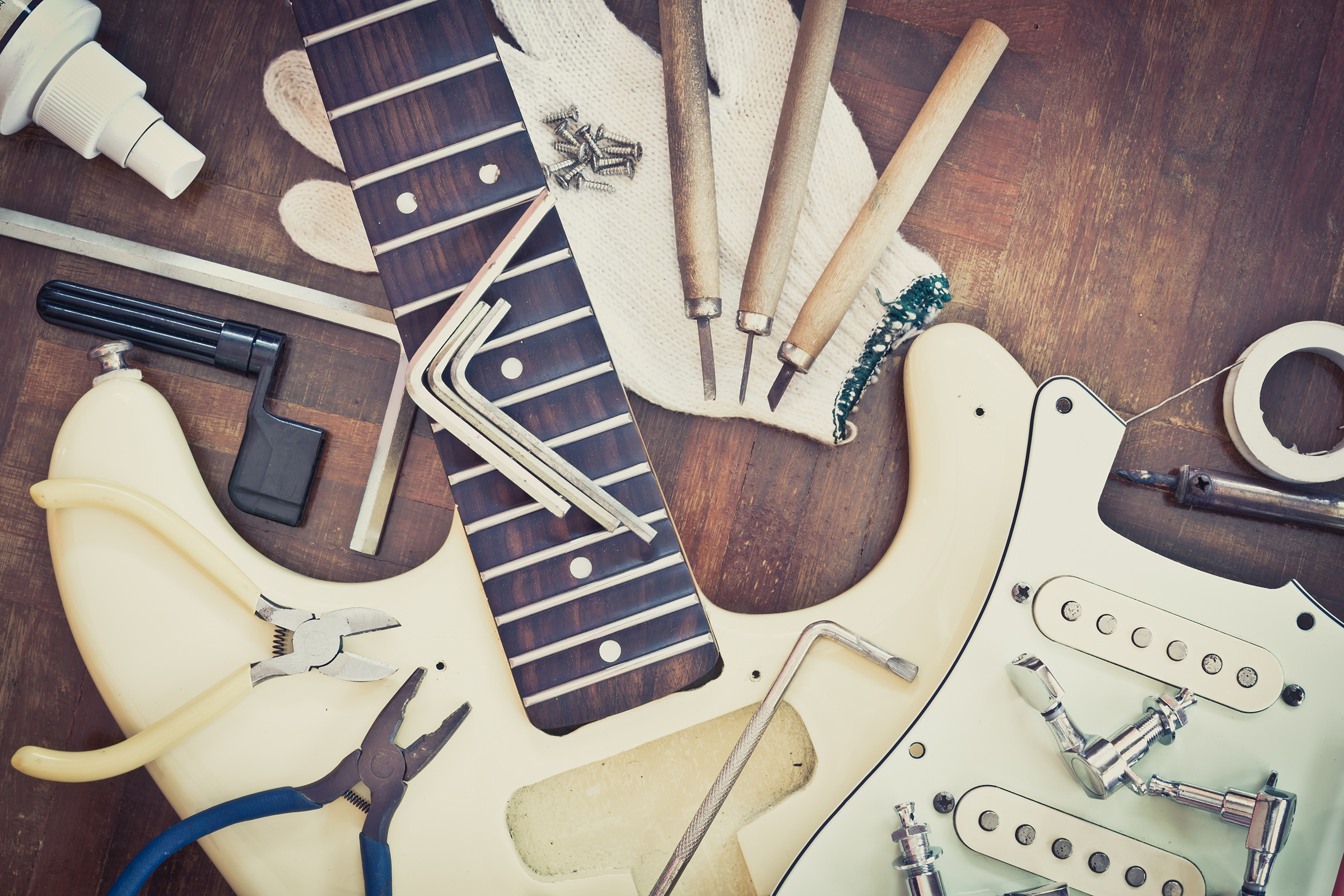 You love classic rock. Humbuckers powered much of the rockier side of the ’60s and ’70s, so it’s hard to miss the mark with humbucking pickups.

You want a subtle yet stout sound that adds dimension to pop tunes. Either humbuckers or Filter’Trons should do the job when you want to turn down the grit and play evocatively behind a singer.

It’s shred, shred, and more shred. Passive single-coils and humbuckers have aided and abetted extremely fast guitarists for years. But if you want that little extra “something,” seek out active pickups that can deliver more punch, more clarity, and more articulation when deploying a totally saturated tone. 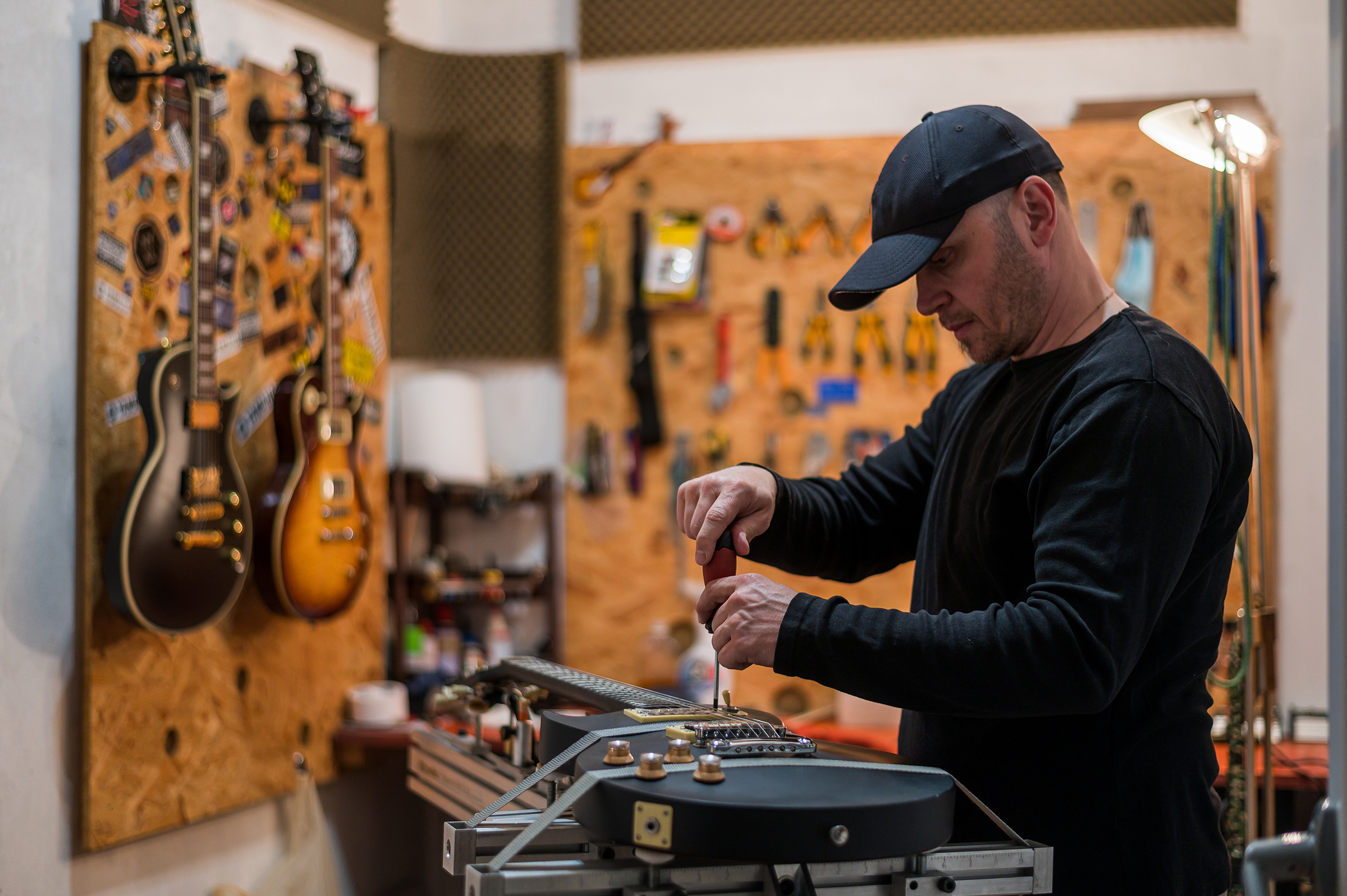 I have no idea. I am still seeking my tonal bliss. No worries. You just need a few more options. You can find humbucking pickups that offer a “coil-tap” switch that typically turns off one of the coils in a dual-coil pickup, making it possible to get, say, Strat-style (single-coil) sounds out of a Les Paul armed with humbuckers. But you can really expand your tonal vistas with Fishman Fluence multi-voice pickups. Let’s explore…

The Glory of Pulling Multiple Tones from a Single Pickup

Fishman Fluence pickups deliver a least two different voices per pickup, which means you get four or more tones when you install two Fluence humbuckers—one in the bridge position and one in the neck—and even more available sounds if you replace the three single coils in your Stratocaster or other tri-pickup guitar. It’s like having a sonic arsenal at your fingertips.

The engine that makes this possible is Fishman’s patented Fluence Core, which imprints the pickup circuitry onto the Core, rather than winding wire around a bobbin. There’s a lot of technology and design mojo involved, but what it all means to you is that you’re getting a high-performance, low-noise pickup that delivers consistent and controllable sounds and offers multiple voices. Fluence pickups are active, and power is provided by either a 9-volt battery or via an optional, USB-rechargeable battery pack. Let’s check out some of the standard Fluence models.

Fluence Modern Humbucker: Lots of options here. Alnico and ceramic pickup varieties are available for 6-, 7-, 8-, or 9-string guitars. You can also choose between six colors. Each pickup is loaded with two voices. On the Alnico model, Voice 1 delivers a modern stance with excellent articulation and dynamic range, while Voice 2 is clean and crisp. The ceramic Modern Humbucker ups the aggression with a searing and growling party for Voice 1, and a more organic yet distortion-fluent tone for Voice 2. 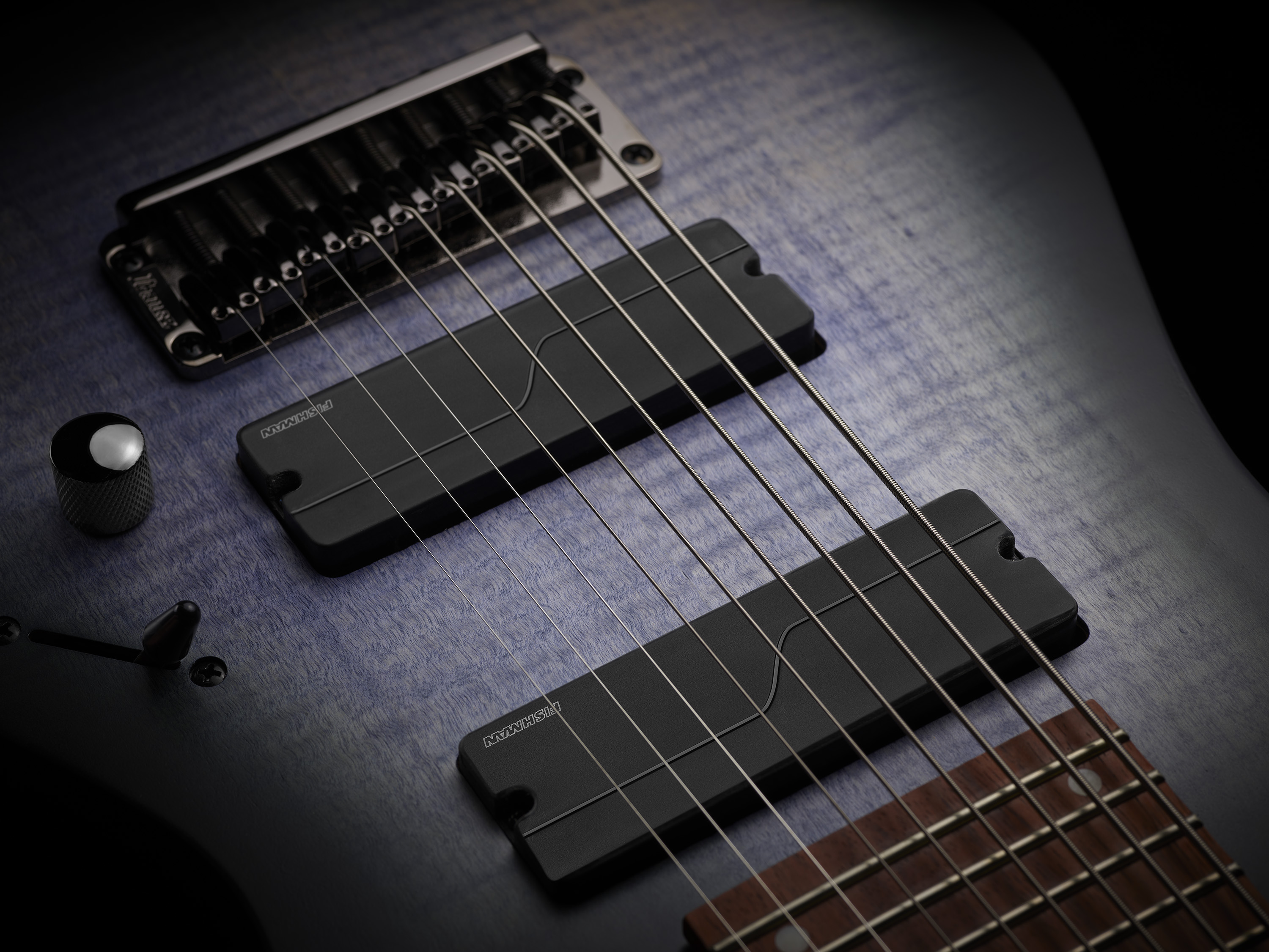 Fluence Classic Humbucker: Take a tonal trip to the ’60s and ’70s. Classic Humbuckers come in dedicated neck and bridge models and offer three voicings per pickup. The neck pickups offer a vintage PAF (“patent applied for”) timbre on Voice 1, an airy chime on Voice 2, and a real bonus on Voice 3—a vintage single-coil sound that adds to the sonic versatility of any guitar. Moving to the bridge humbucker, you get the PAF tone on Voice 1, a hot-rodded sound on Voice 2, and a beefy, “overwound” single-coil character on Voice 3. A Classic Open Core Humbucker is available for those who prefer the look of uncovered neck and bridge pickups. 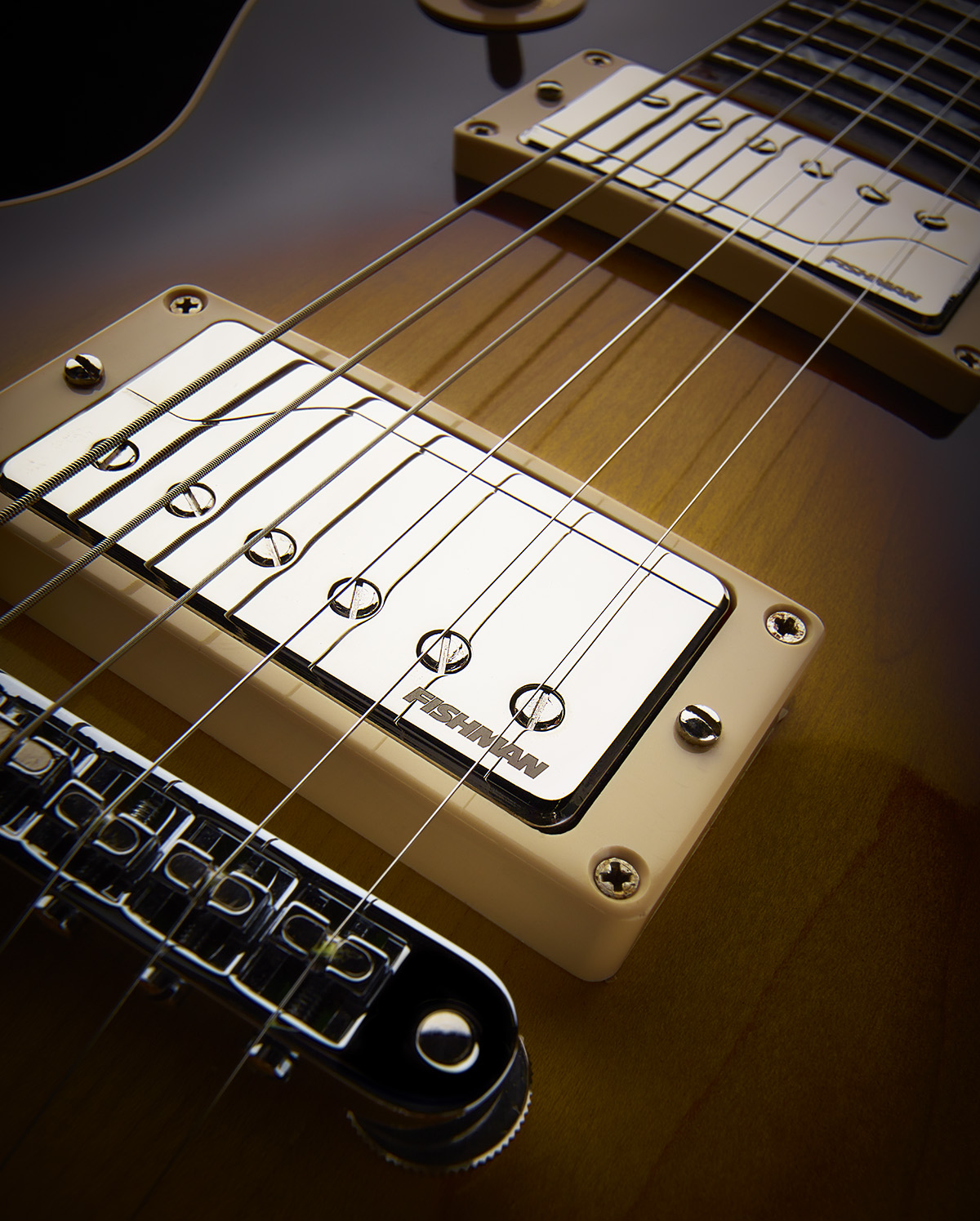 Fluence Single Width 6-String: Imagine a vintage-flavored single-coil that produces virtually no unwanted noise and this Fluence pickup will likely float into your daydream. On these models, Voice 1 produces that old-school clarity with a warm low end. Voice 2 delivers a more muscular midrange punch coupled with a high-end shimmer. 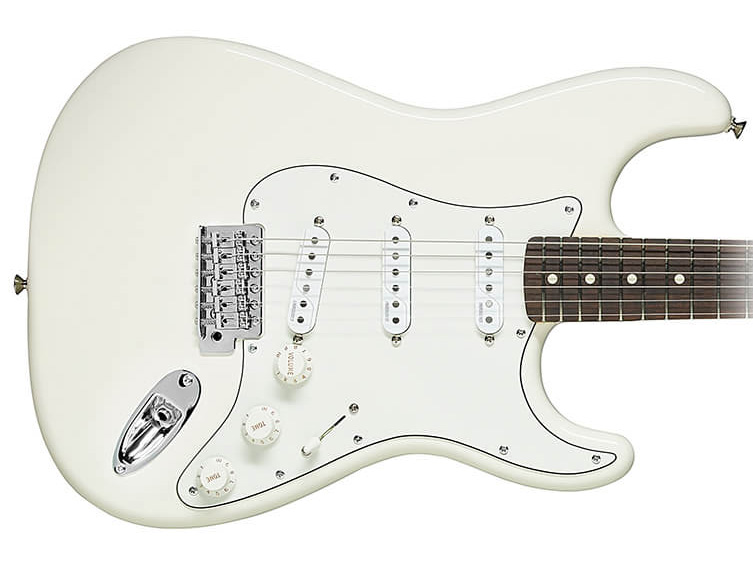 Fluence Signature Series: Still unsure which of the standard Fluence models might be right for you? The Signature Series offers pickups designed in conjunction with renowned guitarists such as Greg Koch, Tosin Abasi, Will Adler, Devin Townsend, and Stephen Carpenter, so if you dig their tone, check out their signature pickups. 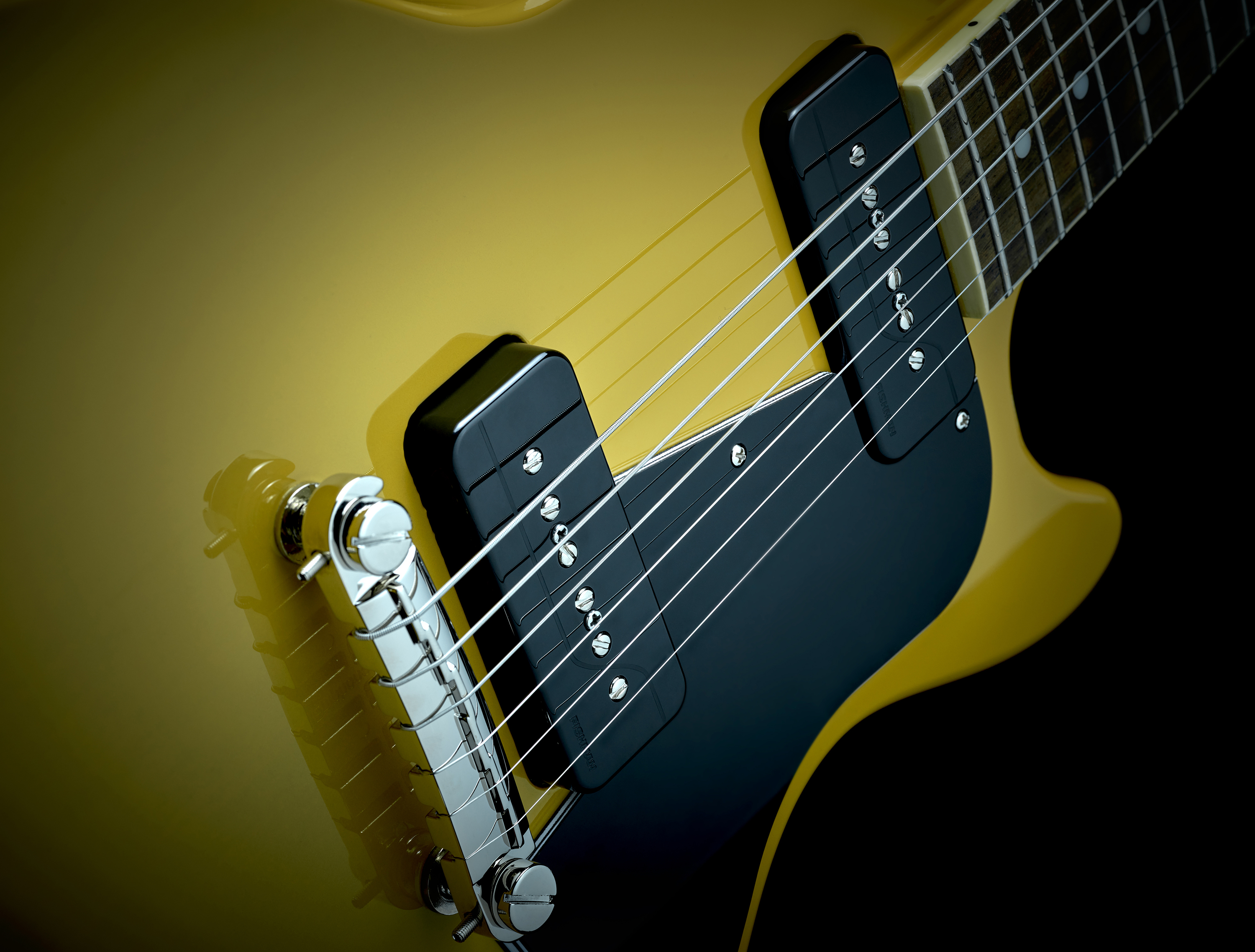 Changing out pickups is no longer the scary process it might have been in the 1970s or ’80s. Even if you are not a DIY tinkerer and require a professional guitar technician to modify your guitar, replacing pickups is a pretty relaxed procedure these days. There’s a cost involved if you must rely on someone else to do the job, but it’s usually not a budget buster, and the tonal advantages delivered with the right replacement pickup shouldn’t be measured purely in dollars. New pickups can be revolutionary beacons of inspiration, simulating imagination, confidence, and artistic innovation. Fresh sounds often spur songs you never thought you could write, guitar parts that were previously out of your conceptual reach, and sonic textures you never before considered. It’s like those apartments.com commercials: “Change your pickup. Change your creative world.” Make it happen!