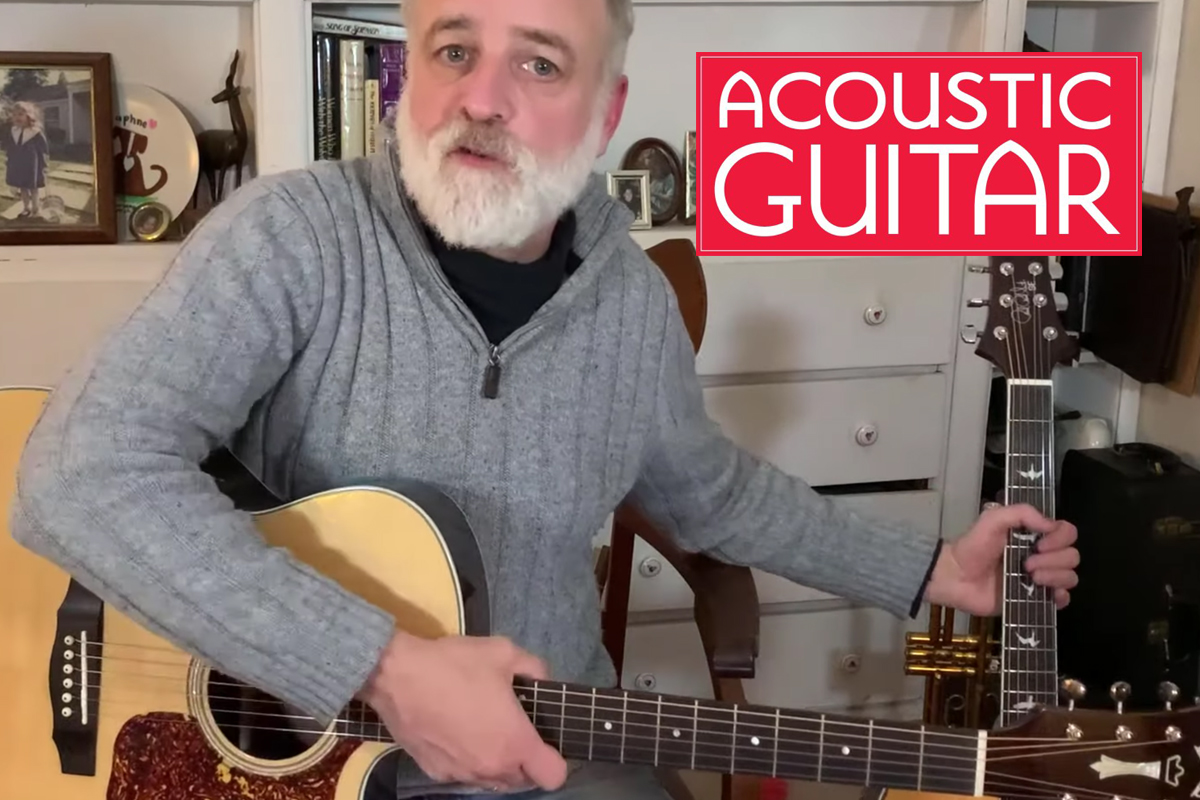 News
Posted at 01:54h in News by Ryan Fitzsimmons 0 Comments

In a recent issue of Acoustic Guitar magazine, reviewer Emile Menasché starts out by setting a high bar for acoustic guitar pickup systems while also casting some good-natured shade at our friends over in R&D. “Electric guitar pickups have it easy. They’re celebrated for their tone-coloring effects, and their quality is subjective. Acoustic pickups, on the other hand, have the thankless job of being neutral and measuring up to an all but impossible standard—replicating the unplugged sound of the guitar itself. This problem is enough to make even the toughest electrical engineers cry into their pocket protectors.” Well, Emile’s comic routines aside, as Shakespeare once said, “Many a true word hath been said in jest!”

It’s no secret that the person least likely to hear the projected sound of an acoustic guitar is the player themself. There are a number of factors at work here. The player is: listening to the back of the guitar; depending on the situation hearing different reflections; feeling guitar vibrations through their body… add to this distance and a whole bunch of other factors, and it means the player and the audience are hearing very different things. And yes… it can make an engineer cry on their CAD interface (pocket protectors having gone the way of drafting pens and dodos).

Emil continues, “… Fishman’s new PowerTap series… mates either a soundhole (Rare Earth) or undersaddle (Matrix Infinity) pickup to its new TAP body sensor (TAP stands for Touch, Ambience, and Percussion). The sensors are designed to capture percussive elements, body resonances, and performance dynamics that pickups alone tend to miss.” Emil brings up a great point here. Most players will naturally assume that the TAP systems are only for players who… TAP! True, that’s how it started, but as the review points out later on, the TAP Body Sensor acts in much the same way as a microphone does, picking up resonances and other sonic artifacts – without any feedback.

Speaking to the specifics of the TAP sensor, “… the sensors added depth to create a more 3D sound. But this time (on the Infinity system), they seemed to enhance the tone on the top and on the bottom of the frequency spectrum, adding both air and body to balance against that undersaddle midrange. The TAP brought more overtones into focus while adding a woody character to the tone that undersaddle pickups never quite capture.”

Using both a PRS SE40E and Guild F150CE as test beds, Menasché goes into great depth explaining specific details such response to different picking styles and tonal possibilities between the two systems. He also speaks about the possibilities offered by mono/stereo operation “… since each test guitar came with a splitter cable, I figured I’d give that a go as well… the tone itself wasn’t very different between mono and stereo—a testament to the good balance you can dial up in mono mode. But the ability to process the sensors separately opened up… all kinds of creative possibilities.”

In closing Emile Menasché goes back to the top of his review, revisiting the seeming non-sequitur that is “electric/acoustic”. “Did the system sound unplugged? Not entirely… But it does sound very acoustic. Fishman’s PowerTap series impressed me, in large part because both the PowerTap Earth and PowerTap Infinity are bringing a new dimension—body sensors—to tried-and-true performers. Whether you like the focus of the magnetic Earth or the presence of the undersaddle Infinity, both units are an affordable upgrade to one-element pickups. Each model managed to capture the character of its respective guitar. ”