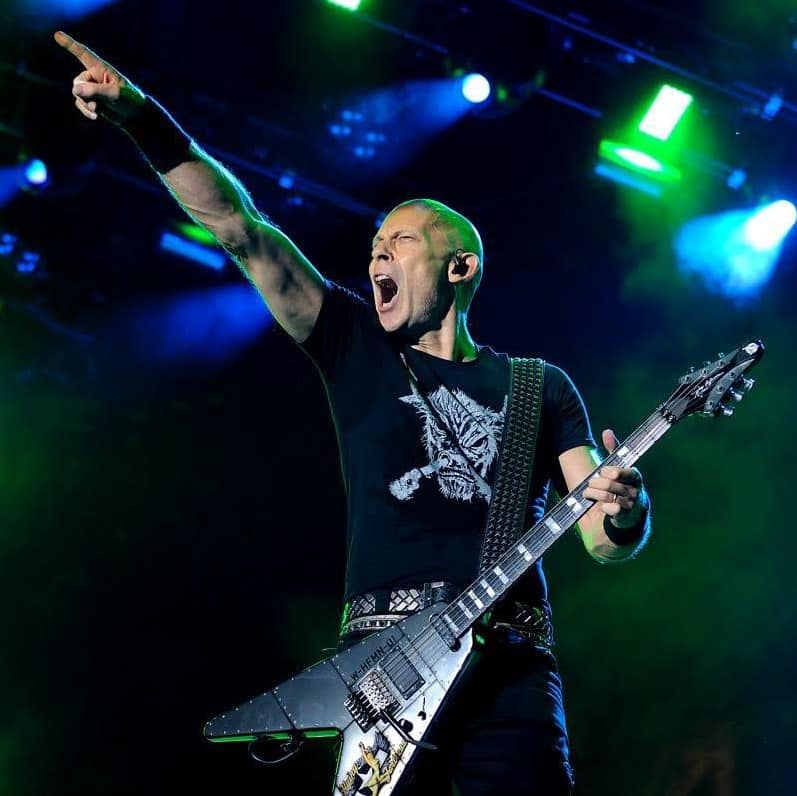 Wolf Hoffmann is the musician and the pivotal figure in the band Accept, whereas he generates the music and plays the guitar. He truly believes in his band and devoutly loves his work. If you ever attended Accept live show, you’ve seen it all yourself. But besides heavy metal, the guitarist adores the classical music. Every once in a while Hoffmann weaves some immortal classical fragments into Accept songs and he does it with a grand style. But that is not enough for him. In 1999 he recorded his debut instrumental solo album called «Classical», which fully consisted of classical stuff, played in Accept sound: groovy riffs and mind blowing guitar solos.