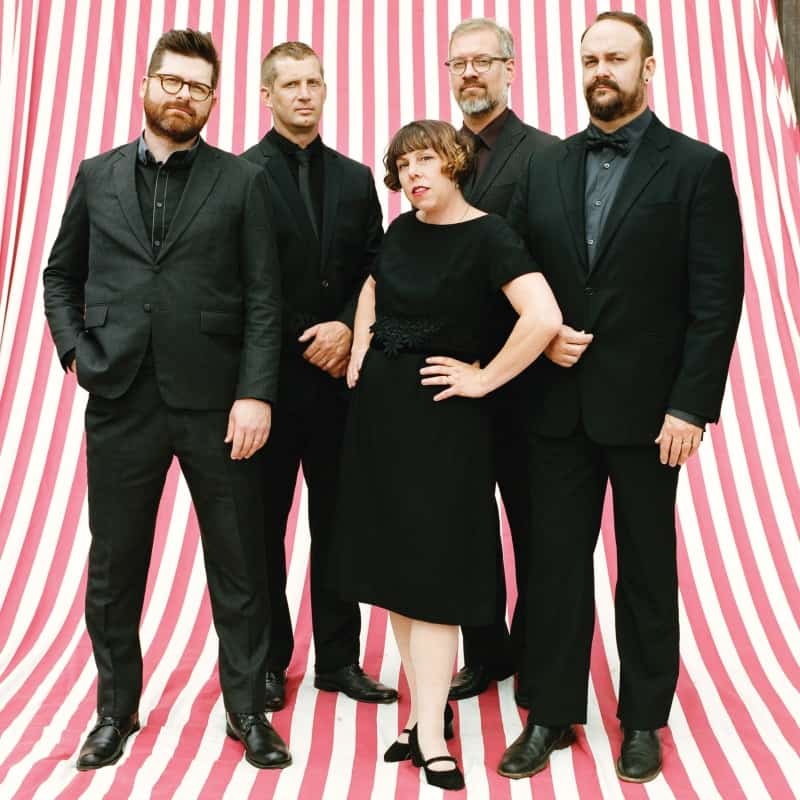 The Decemberists—Meloy, Chris Funk (guitars), Jenny Conlee (keyboards), Nate Query (bass), and John Moen (drums)—had announced that they would be taking a break when their touring cycle finished following the release of 2011’s The King is Dead. Meloy wanted to spend time with his family and work on the children’s book series that became the acclaimed, best-selling Wildwood trilogy. To be sure, they had reached a new peak in their career: King entered the Billboard album charts at Number One, and the track “Down by the Water” was nominated for a Grammy in the “Best Rock Song” category.