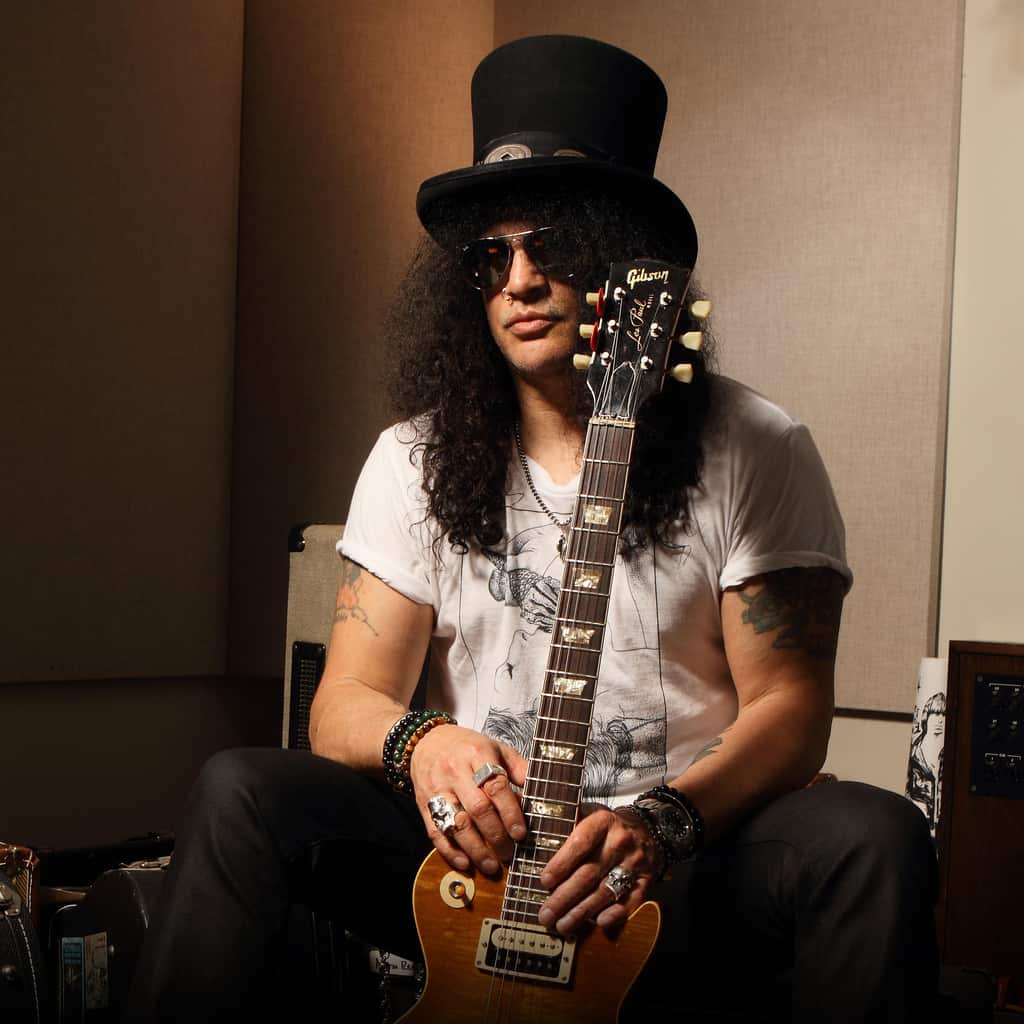 Slash is the lead guitarist of the American hard rock band Guns N’ Roses, with whom he achieved worldwide success in the late 1980s and early 1990s. Slash has received critical acclaim and is considered one of the greatest guitarists in rock history. In addition, he is known his work in Slash’s Snakepit, Velvet Revolver, and more recently with Slash featuring Myles Kennedy and the Conspirators.

Guitar World ranked his guitar solo in “November Rain” number 6 on their list of “The 100 Greatest Guitar Solos” in 2008, and Total Guitar placed his riff in “Sweet Child o’ Mine” at number 1 on their list of “The 100 Greatest Riffs” in 2004. In 2010, Gibson Guitar Corporation ranked Slash as number 34 on their “Top 50 Guitarists of All Time”, while their readers landed him number 9 on Gibson’s “Top 25 Guitarists of All Time”. In 2012, he was inducted into the Rock and Roll Hall of Fame as a member of Guns N’ Roses’ classic lineup.

Slash is an honorary board member of Little Kids Rock, a national nonprofit that works to restore and revitalize music education programs in disadvantaged public schools. He has visited Little Kids Rock students, jammed with them and donated instruments and his time. Slash’s passion for music is evident in his charity as well as his art. “Being a musician is something that is good for the character because it teaches you a lot about discipline,” Slash said. “I think it’s a really great creative outlet.”