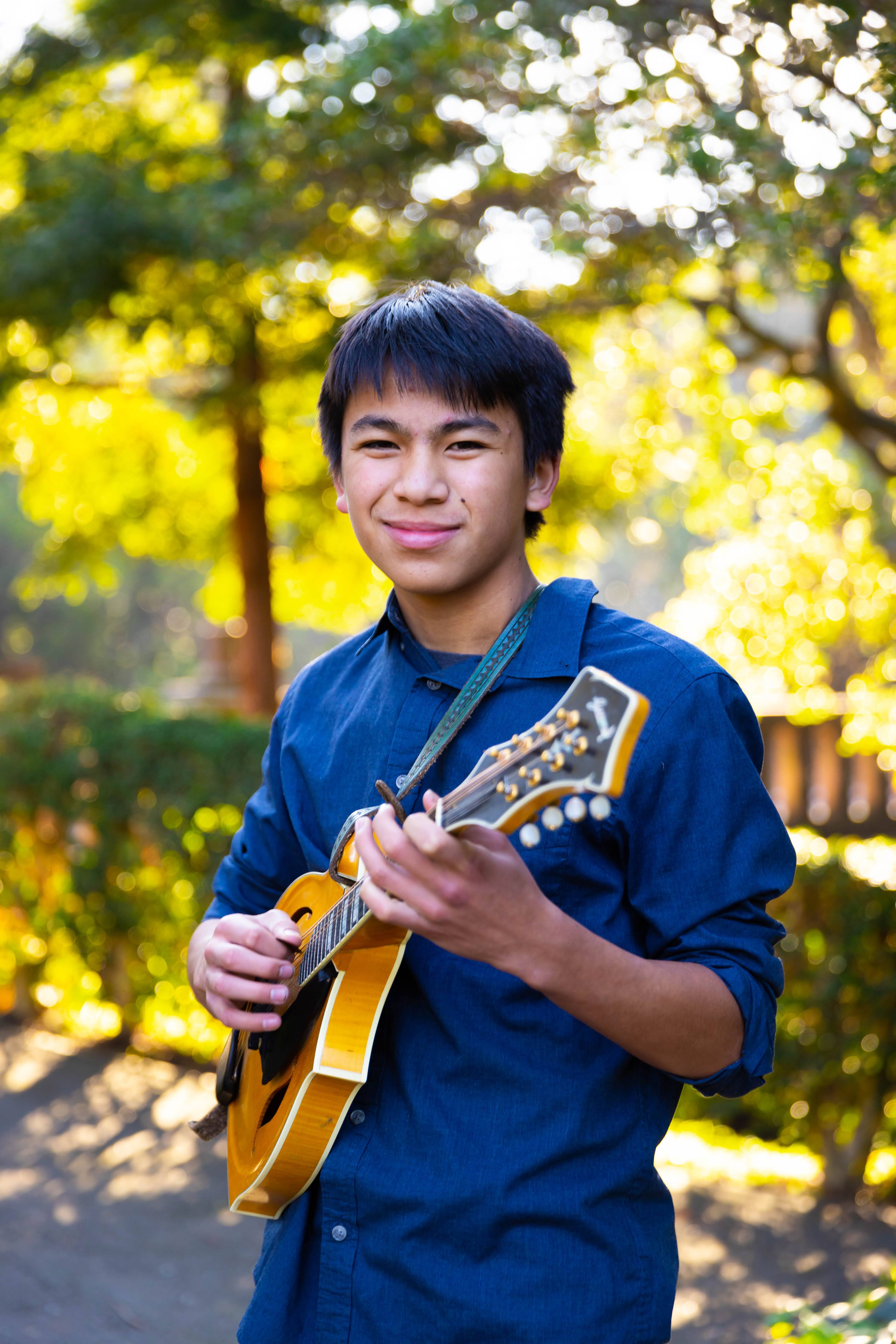 Teo Quale is a mandolinist from Alameda, CA who has been delighting audiences with his inventive and heavily grooved mandolin playing. Teo is fearless on the mandolin, playing with both a rhythmic and melodic creativity that never abandons the groove. He is the mandolinist for Crying Uncle Duo, Crying Uncle Bluegrass Band, and Jubilee. In 2021, Teo was an International Bluegrass Music Association Momentum Instrumentalist Award Nominee.

Recording his first album at the age of ten, Teo and his bands have since released several full length albums and EPs. He has been fortunate to play with many of his musical heroes, including Darol Anger, Mike Marshall, David Grisman, John Reischman, Dominick Leslie, and Country Music legend Marty Stuart. In 2019, Teo had the honor of playing at Ryman Auditorium and the Grand Ole Opry. He has played with touring bands including Special Consensus and Missy Raines and Allegheny.

Teo is also an accomplished contest fiddler and picker, having won several picking contests in California and nationally in fiddle. On mandolin, Teo holds 1st Place in the 2018 Open Division CA State Picking Contest. And, in 2019, he was a finalist at Freshgrass Festival’s Mandolin Contest. No slouch on the fiddle, Teo is a 2-time National Fiddle Champion in the Jr. Jr. division in Weiser, Idaho (2019, 2018) and placed in the Top 3 in the 2019 Youth Grand Master Fiddlers Championship in Nashville, TN. He is also the 2019 CA State Fiddle Contest Champion of the Jr. Jr. Division.

At the age of 3, Teo began his fiddle studies with Catherine Manning of Manning Music in Berkeley, CA and and now studies music with Tristan Clarridge of Crooked Still. He also began mandolin studies at the age of 8 with multi-instrumentalist Sharon Gilchrist and has studied with mandolinist Mike Marshall. Teo is an avid yo-yoer and aspires to be multi-lingual. He hopes to be a professional basketball player one day. Teo also has students of all ages, learning ukulele, guitar and mandolin.