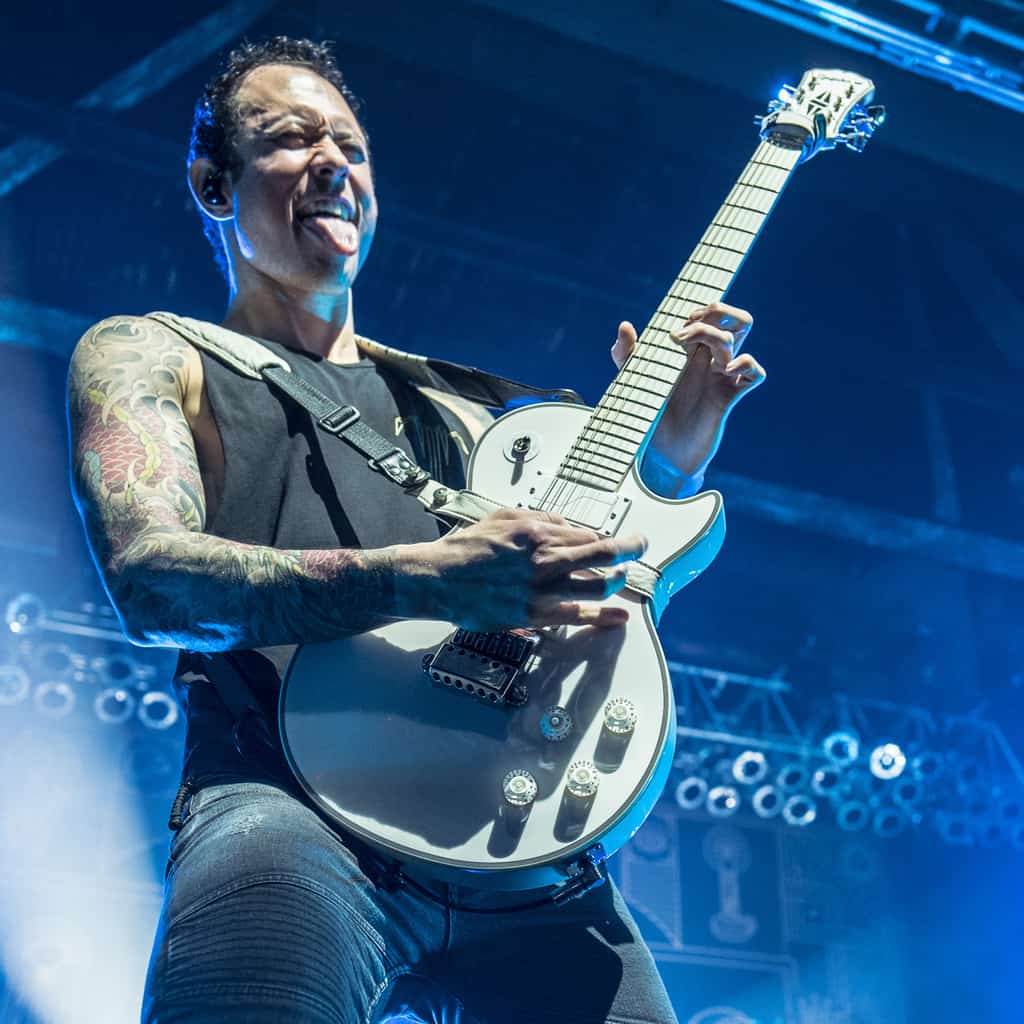 I joined Trivium in 1999 at the age of 13. Initially I joined as the lead guitarist, but soon became the lead vocalist/ guitarist. By 2002, Trivium recorded our first demo, which led to our debut record – Ember to Inferno – which was released in 2003.

Trivium signed with our current record label, RoadRunner Records in 2004, and since then we have gotten to live out our dreams of travelling the world playing sold out shows and festivals to as many people as possible.

Our most recent release, The Sin and the Sentence (2017) has culminated in sold-out headlining tours, festival main stage performances and a 2019 Grammy nomination for Best Metal Performance for the song Betrayer.