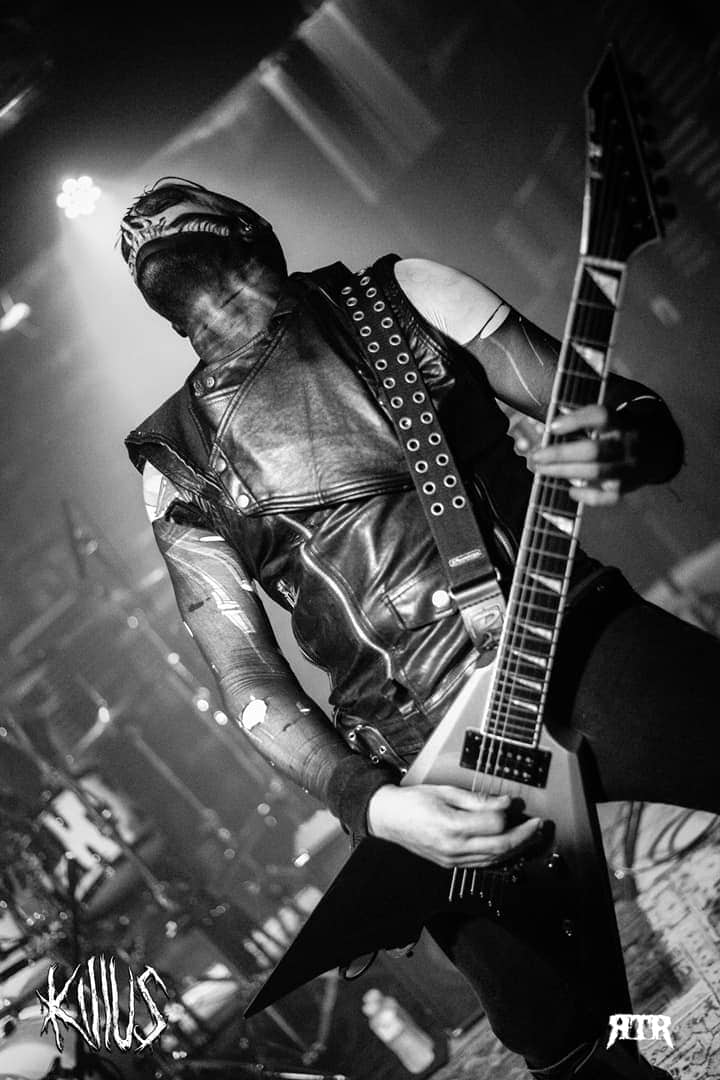 Kun is a guitarist for the band Killus. He joined the band in 2016.

This five-pieced combo started playing in its house’s garage back in 1998 in Vila-Real (Spain). Under the influence of bands such as Nine Inch Nails, Marilyn Manson or White Zombie, they have created a unique and powerful image that blows everyone during their live shows. In 2006, they recorded their first album “God Bless Us” and their talent is reinforced due to their opening shows for the Swedish band Deathstars.

“Never something was so real”, their third album, mastered by Eric Broheden (Rammstein), made them rub shoulders with The 69 Eyes, Black Light Discipline and Cold Cold Ground taking their show to a next level thanks to their exploding attitude on the stage and serving as the needed boost that consolidated them as one of the best live shows of Spain. “Feel the Monster”, mastered by Daniel Cardoso (Ana_thema), possesses the hard work, personality and characteristic features that they had always been looking for since they started recording their own albums.

A ticket to their first European tour along with Avatar and The Defiled, an experience that allows them to share the stage together again some years later in Spain. In 2016, another important milestone for the band takes place: supporting Ministry. A long-time model for them. Before entering the studio for their fifth album, they come back to O2 Academy in London with Dope, realising that they already have their own audience. 2017 arrives and “Ultrazombies” lands with a firm tread. New aesthetics, new sound and collaborations with Tim Öhrström (Avatar) and Roman Marisak (Professional Murder Music).