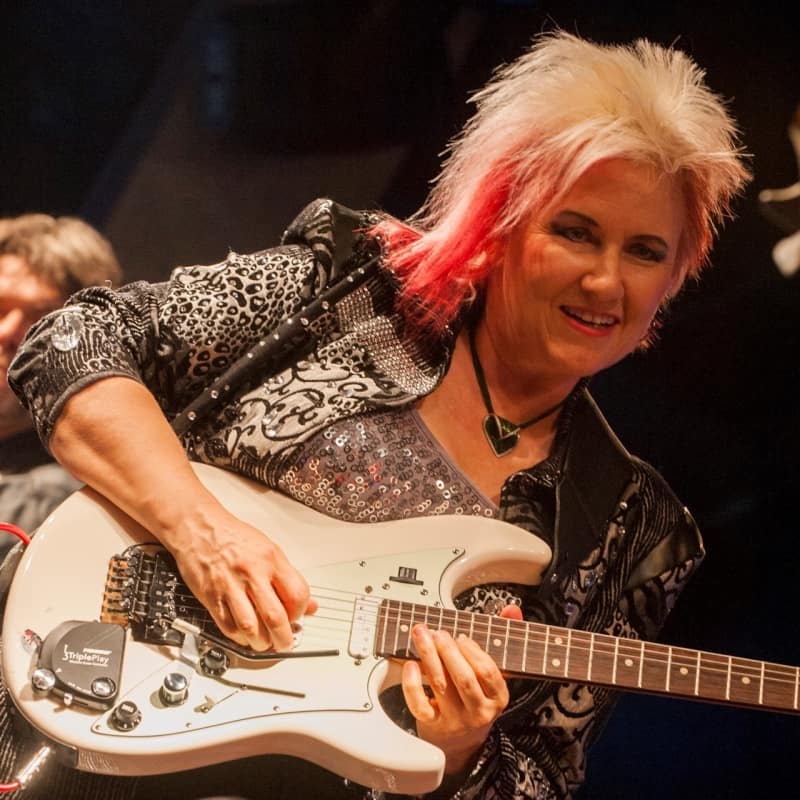 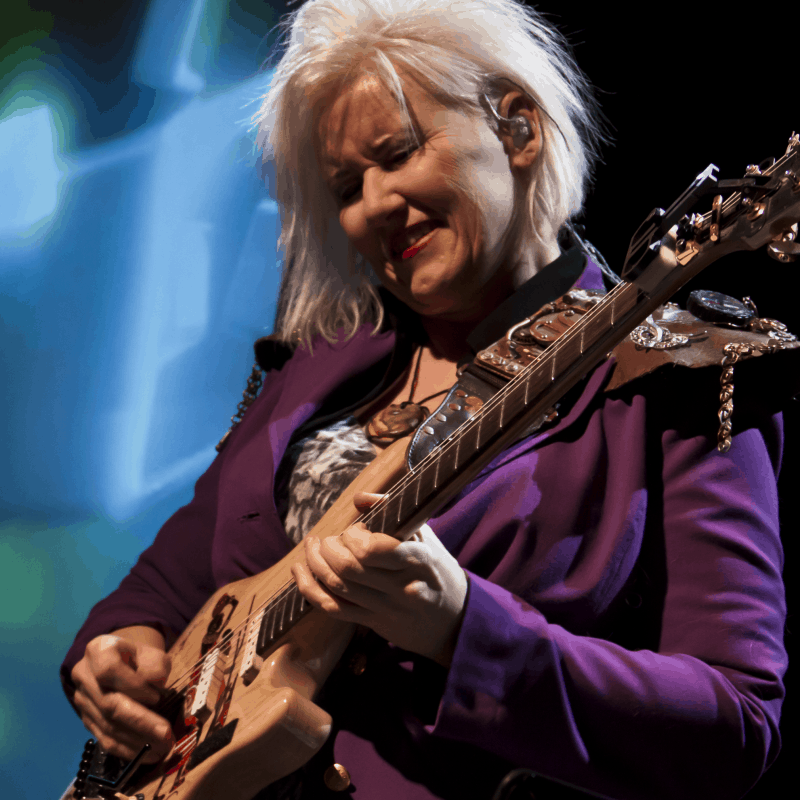 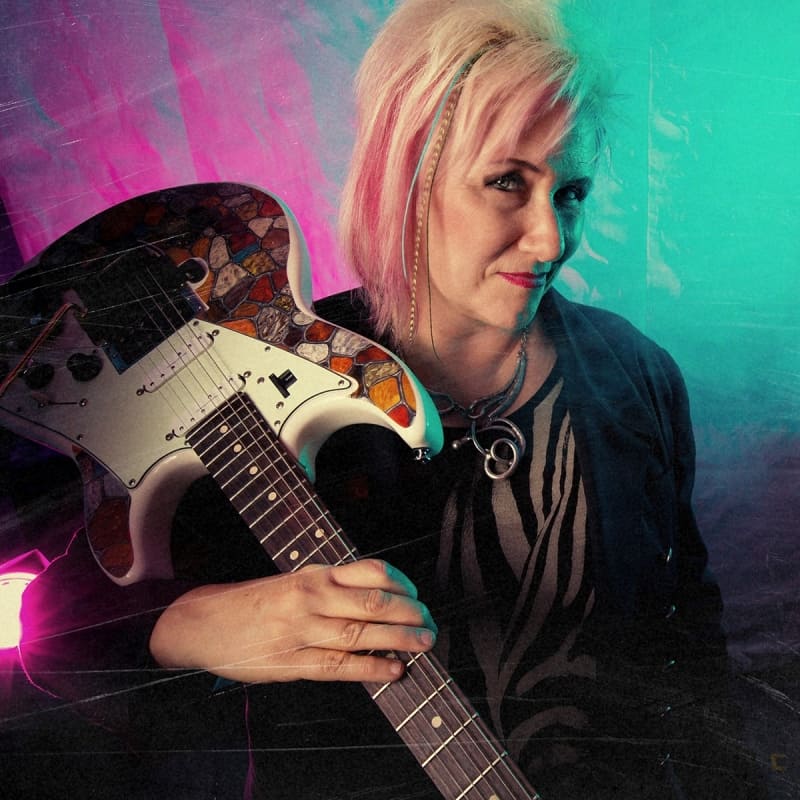 The buzz on Jennifer Batten rose from the guitar underground, and the guitar magazines promptly began chronicling her savvy musicianship and highly original approach to the electric guitar.

A major turning point came when she was selected from over one hundred guitarists to play in Michael Jackson’s highly skilled band which toured the world for one and a half years playing for over four and a half million people. In 2012 Sony released an exciting live Wembley Stadium show DVD as part of their BAD 25th anniversary package.

Jennifer wasted no time after the” Bad” Tour’s grand finale, diving into work on her debut album with renown producer (and x- Stevie Wonder guitarist) Michael Sembello. Upon “Above, Below, and Beyond’s”, release in the spring of ’92, she was asked again to join Michael Jackson for his upcoming “Dangerous Tour”.

In January ’93, she joined Jackson to partake in Superbowl XXVII’s half time entertainment which aired to one and half billion people in 80 nations. It was the largest audience in television history.

Her follow up CD “Momentum” which was heavily influenced by world music, was released just before she left for Michael Jackson’s final global tour in support of the HIStory CD in 1997.

In the spring of ’98 Jeff Beck asked Jennifer to join his band. They joined forces for 3 years on the CD’s “Who Else”, and “You Had It Coming” which were both supported by world tours. A DVD is available of this collaboration entitled “Jeff Beck Live in Tokyo 1999”.

Jennifer has authored two music books and has released three solo CD’s venturing from world beat and rock n roll, to electronica. The last CD “Whatever” is also accompanied by a 90 minute DVD which includes some of the visuals from her one woman multimedia show where she plays guitar in synch with her self made projected films, as well as unreleased music videos, and a guitar lesson.

During 2011 she did a guitar residency for the Cirque Du Soleil show “Zumanity” in Las Vegas. In the last few years she joined forces with truefire.com to record instructional DVD’s/ downloads. She currently has a rock soloing course, a rhythm course, and the latest release is called “Ultra Intervallic Licks”. Upcoming projects include recording a Truefire DVD in a new artist lick series, on Jeff Beck. She’ll also join Beck at the Hollywood Bowl Aug 10 2016 for a special “50 years of Jeff Beck” concert.

She continues to tour the globe in various formats, from bands, to solos shows, to clinics, and master classes. In Jan 2016 she received the She Rocks “Icon” award and recently also was inducted into Guitar Player Magazine’s “Gallery of the Greats”.