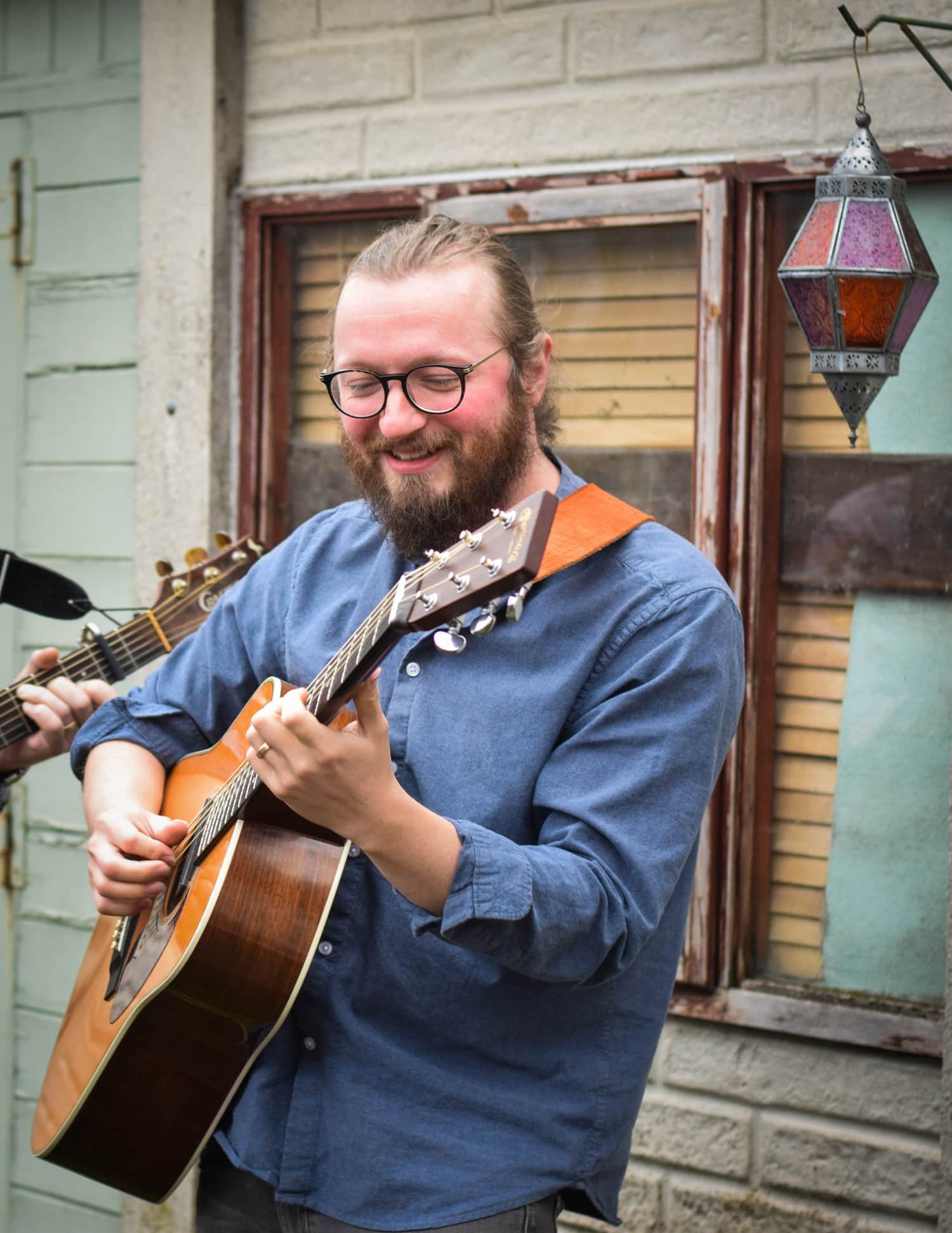 Jamie is the guitarist and lead singer in the acoustic trio Threaded, based in the UK.

He is a passionate composer and songwriter and with Threaded has released 3 albums of original music to great critical acclaim. Threaded also wrote and performed the music for Red Earth Theatre’s show “Soonchild” which toured nationally in 2019.

Jamie trained as a classical guitarist at the Royal Birmingham Conservatoire and since graduating, has specialised in acoustic and fingerstyle guitar.

He has performed at many prestigious venues and festivals across the UK, such as the Royal Albert Hall, Southbank Centre and Wilderness festival.

Jamie’s other projects include playing at the Royal Derby Hospital, a new acoustic duo Apple Skins and function groups House of Harmony and Acoustic Tapestry.