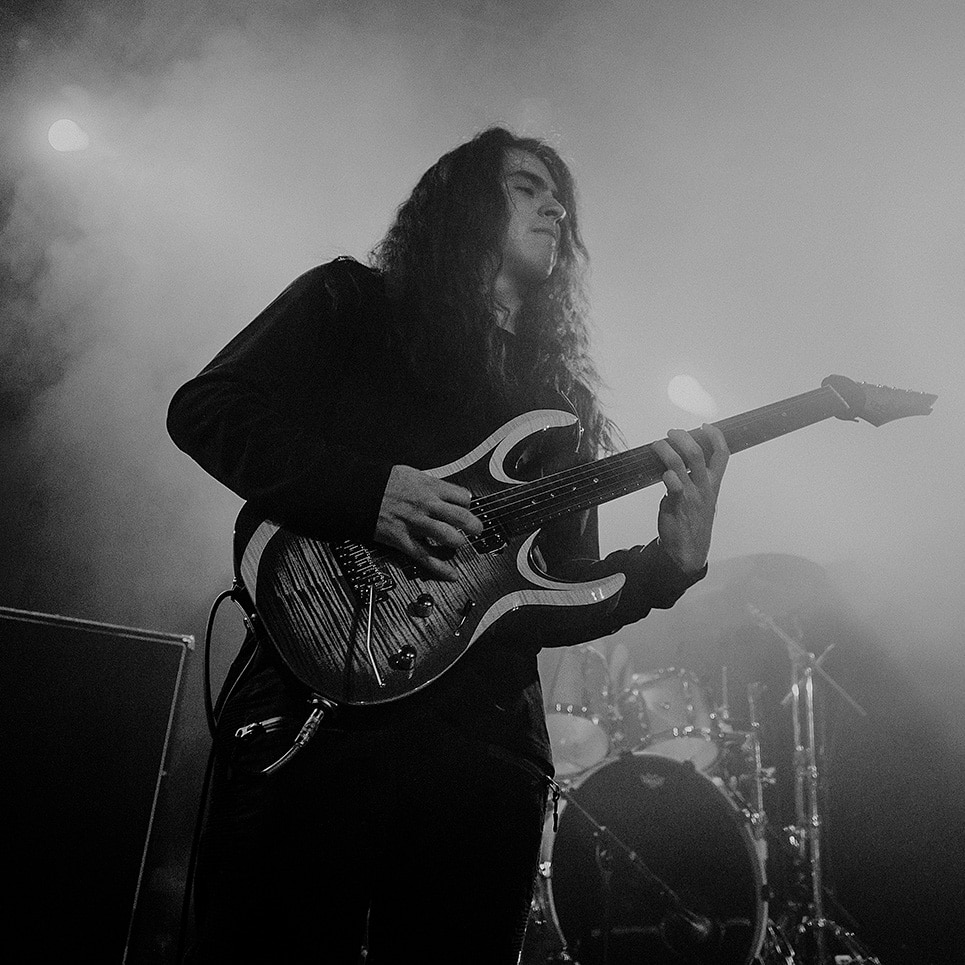 Hedras Ramos (born February 3, 1992 in Guatemala City, Guatemala) is a Guatemalan multi-instrumentalist, specializing in guitar. Throughout his career he has opened for popular bands such as Kansas, Whitecross, Die Toten Hosen, and was chosen by Axl Rose to open for Guns N’ Roses on their “Chinese Democracy” show in Guatemala.

Between writing and producing albums, Hedras began to play and compete in guitar contests from different areas of the globe. On June 16, 2009, he won second place at the Guitar Idol competition (a worldwide event held in London, UK in which undiscovered guitarists compete online for a chance to play at the London International Music Show). On September 18, 2010 Hedras won second place at another worldwide event held in Bucharest, Romania called the Ziua Chitarelor.

In 2016 Hedras played with guitarist Paul Gilbert in Guatemala city. Through his career Hedras has performed with many recognized guitar heroes including Kiko Loureiro, Michael Lee Firkins and many more.

In 2017 Hedras released his latest album “The Impressionist”, where he incorporated 8 string guitar to his fusion style of Progressive Metal with Jazz and Classical Influences.

After moving to Los Angeles CA, In 2018 Hedras started giving many guitar clinics at prestigious Music School “Musicians Institute” which led to his participation at the Big Mama Jamathon where he performed with guitar legend Steve Vai.