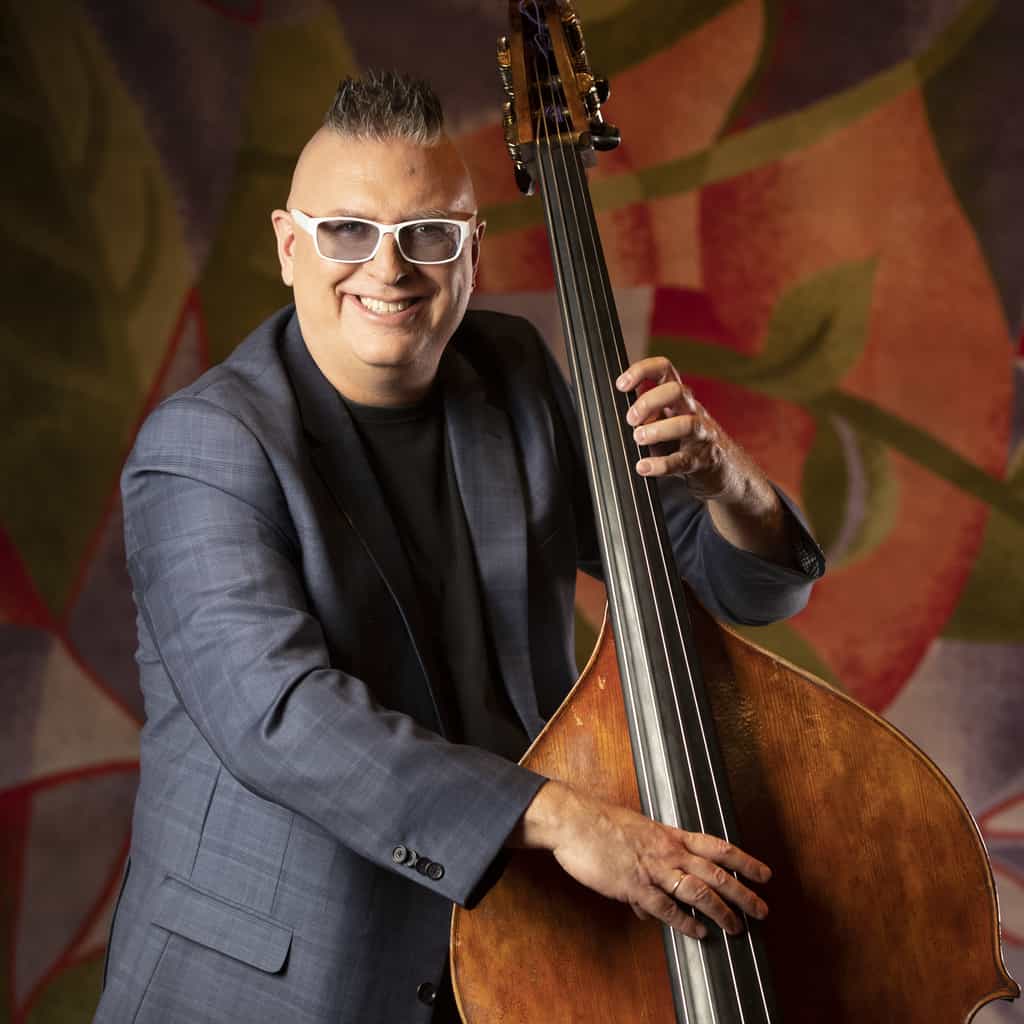 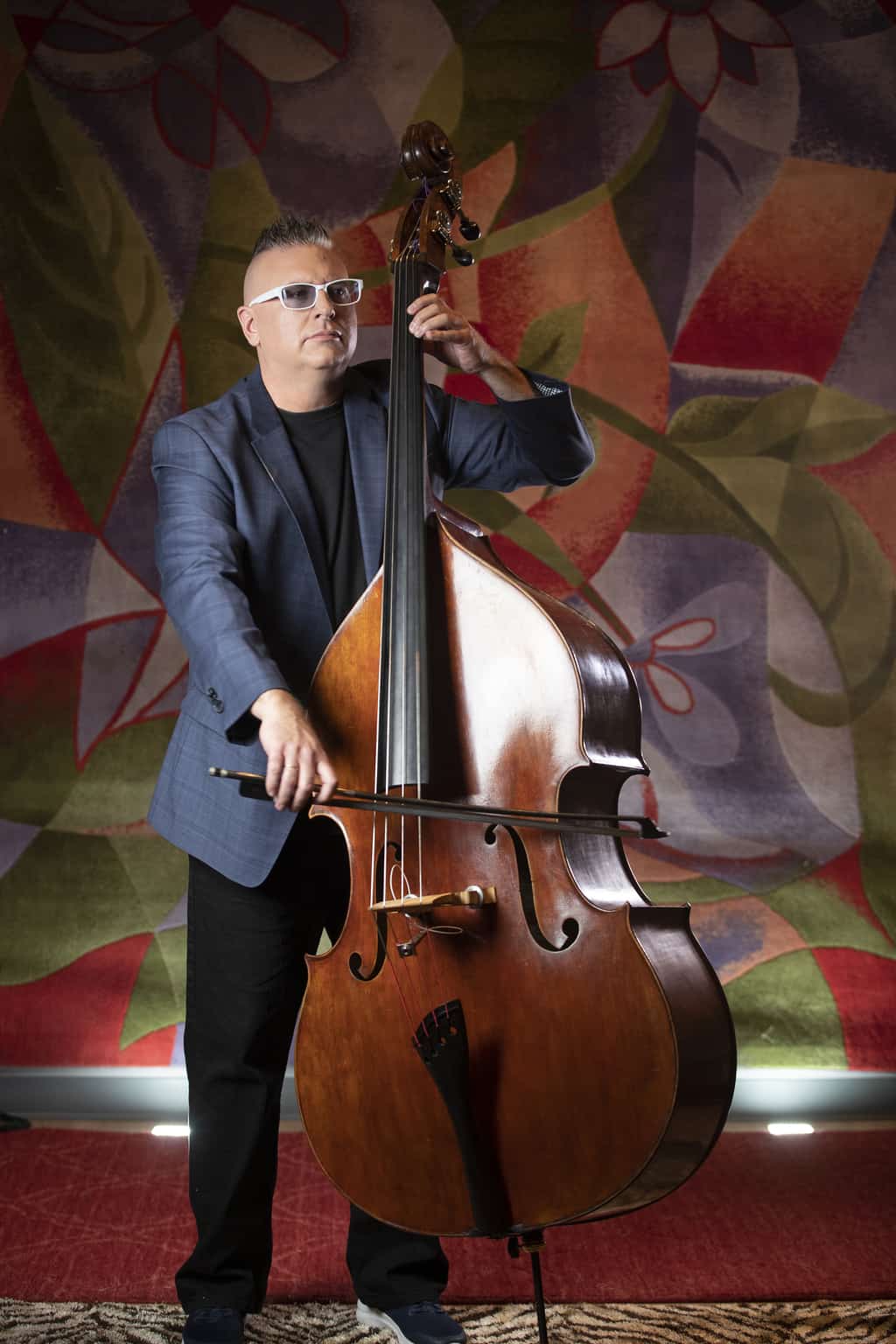 Derek Jones is recognized for his ability to perform in nearly any musical genre with outstanding facility on the electric, fretless, and double bass. As an educator, he brings a mix of real-world experience and a deep understanding of academic theory to fully prepare his students for work as professional musicians.

Since 2004, Derek has been the upright and electric bassist for Cirque du Soleil’s production of KA at the MGM Grand in Las Vegas.

Raised in the San Francisco Bay area, Derek launched his musical career as a 16-year-old guitarist for the Generation Gap Big Band.

After hearing Jaco Pastorius’ 1974 album “Jaco,” Derek became enchanted by the sound and possibilities of the bass. He put down the guitar and began studying music performance and theory at Solano Community College in 1987. He soon transferred to Sonoma State University and became a jazz studies major, taking private double bass lessons with Mel Graves.

In 1991, he was awarded Outstanding Bassist at the Pacific Coast Jazz Festival at UC Berkley.

After two semesters at Sonoma State, Derek felt the need to expand his musical capacity. He left college to pursue his dreams of becoming a full-time musician. He was soon working with Orestes Vilato’s band “Los Kimbos 90s” and became immersed in the San Francisco salsa scene. During this period, he continued studying with Kai Eckhardt and performing as a bass duo. He also worked with such Bay Area legends as David Garibaldi, Pete Escovedo, Sheila E., Paul McCandless, Joel Harrison, Paul Hanson, Mike Marshall, and Darol Anger.

Never one to be satisfied with the status quo, Derek felt the need for a new challenge. Encouraged by his friends Victor Wooten and Rob Ickes, Derek moved to Nashville in 1999. There, he played on sessions with Jeff Coffin, Matt Rollings, Jerry Douglas, Larry Carlton, and Chester Thompson. He soon started touring with Jeff Coffin, Peter Mayer, Nickel Creek, Jerry Douglas, Grease Factor, and Chrystal Gayle.

In 2004, Derek auditioned for, and accepted, the bass chair for Cirque du Soleil’s new resident production KA in Las Vegas. Since moving to Las Vegas, Derek has enjoyed performing with a diverse group of artists and gigs, ranging from jazz trios to large corporate events – in addition to playing more than 470 shows a year with KA.

In addition to private teaching, Derek has served as adjunct faculty for jazz bass at the University of Nevada, Las Vegas.