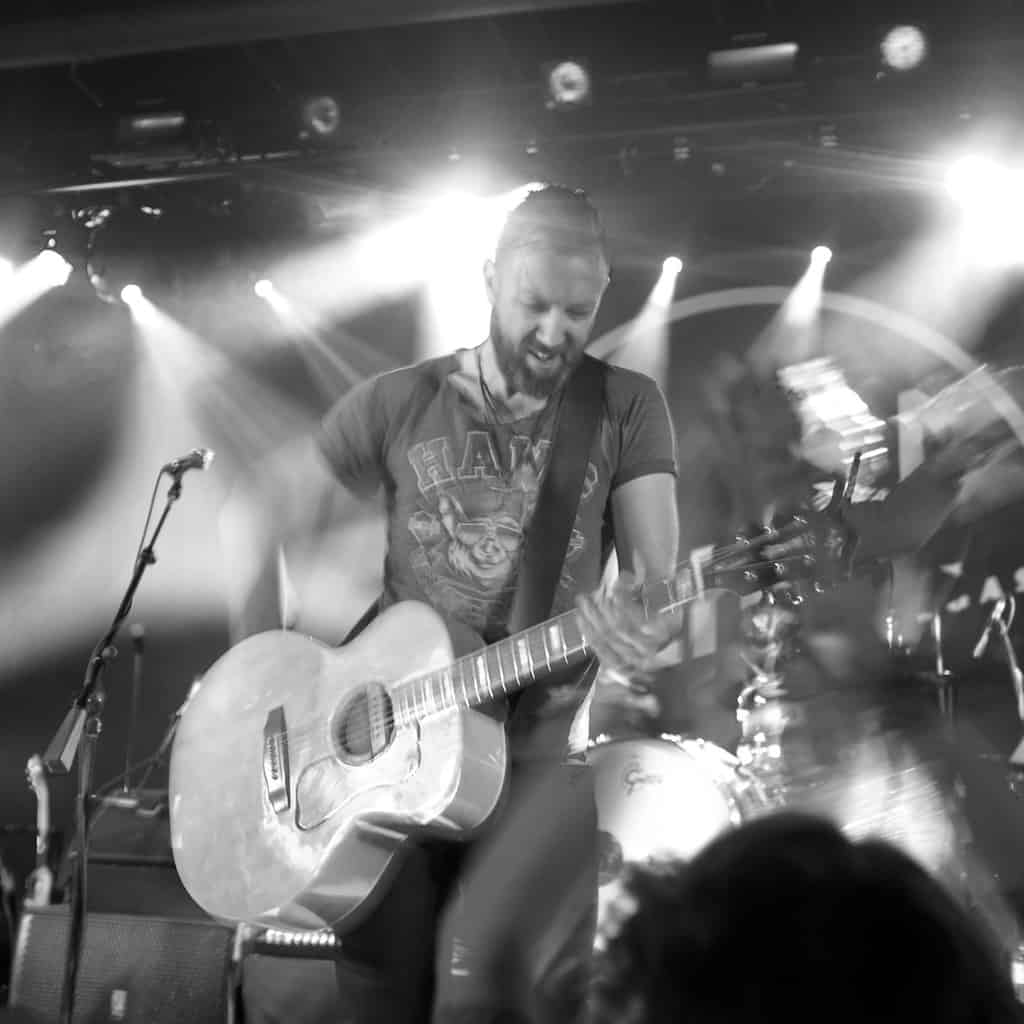 In 2008, two small towns on opposite sides of the globe came together when guitarist Ben Carey from Bairnsdale, Victoria, Australia met singer/songwriter Bryan Hopkins from Salem, Oregon. When their paths initially crossed, Ben was a member of multi-platinum recording artist LIFEHOUSE and Bryan was the frontman for Hollywood-based and award winning rock band Paperback Hero.

Ben and Bryan’s deep roots and vibrant history in music created an immediate bond, and their times hanging out together led to impromptu songwriting sessions. The songs they wrote in those sessions gave a voice to their lifelong stories and became the foundation for ELVIS MONROE.

The members of ELVIS MONROE have worked tirelessly for the last seven years to create what is truly a unique sonic platform that features an eclectic mix of country, classic Americana and modern flavors. Those elements come to life in an organic live show full of laughs and audience participation – all wrapped up in an engaging Storytellers format.

Over the past five years, ELVIS MONROE has toured the country independently playing one-off shows. In June of 2017, EM partnered with Boston-based company Cappello Heavy Transport and began touring aggressively (on their beloved tour bus named Shelby), visiting radio stations and playing shows with an impressive roster of A-list national talent such as Lee Brice, Jake Owen, Daughtry and Brett Young to name a few. Their longer tours include extensive time on the road and nightly shows with bands like 3 Doors Down and Love and Theft.

ELVIS MONROE’S consistent ability to deliver a stand-out live show is captivating. Whether it’s Ben and Bryan onstage as an acoustic duo with best friend banter or as a world class six-piece band that includes drums, two guitars, bass, and a fiddle, EM’s live show is always entertaining.

ELVIS MONROE was forged on friendships and is an honest, heart-felt and unique listening experience. Their songs speak their stories with rare truth and integrity, and their accessibility as humans is endearing to fans nationwide. They look forward to meeting you at a show sometime soon!