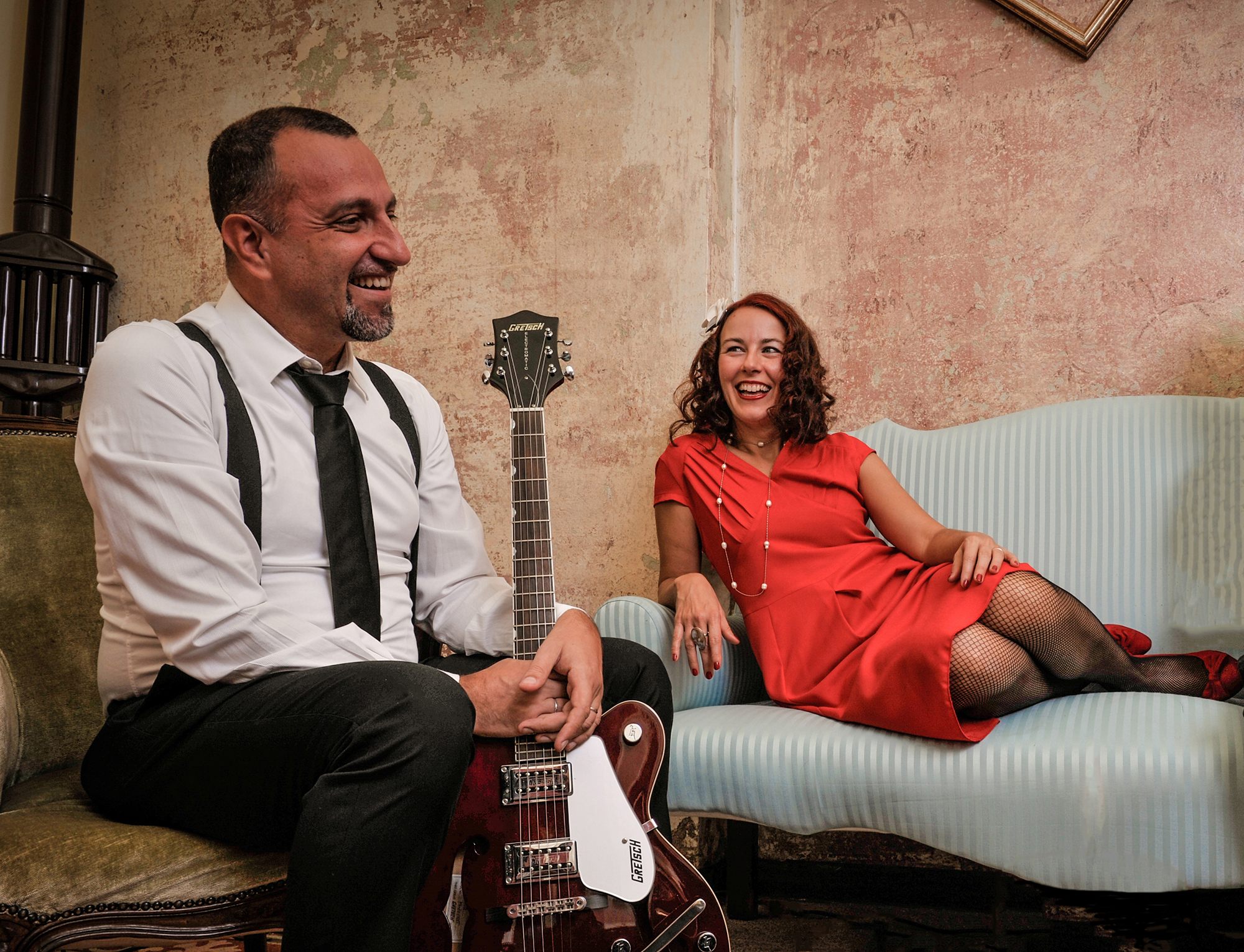 Since 2000 Anita Camarella and Davide Facchini have been committed to researching, analysing and working-out songs from the ‘Italian Swing era’ of the ‘30s and ‘40s: unforgettable lyrics and music telling of typical Italian life-experiences and anecdotes of that time.

They have to their credit the recording of 7 CDs. Two of which are entirely dedicated to Italian Swing, and their album “La famiglia canterina” (2013) was honored with the “LadyLake Indie Music Awards” Best Album 2013 U.S.A.
In 2019 they recorded the album “Our house” in Nashville with their original songs opening a new direction for their music that reflects the influences of swing and jazz, folk, as well as many different styles.

This talented couple can already look back on many years of international concerts, including prestigious festivals and exhibitions in Italy, Europe, United States and Russia – their aim being to share and make known to the world this important aspect of Italian cultural history.

Radio stations in more than 20 countries around the world have broadcasted their music.

Anita Camarella and Davide Facchini have performed in some of the most important and renowned concert halls (e.g. Nashville’s Ryman Auditorium), alongside some of the most famous artists on the international guitar scene (Tommy Emmanuel, Paul Franklin, Stephen Bennett, Muriel Anderson, Carl Verheyen, Thom Bresh, Jim and Morning Nichols, Buster B. Jones, and many others…).