How Fishman, Arturia and MIND Music Labs Followed their MUSE to a State of the Art Synth Guitar in 30 Days 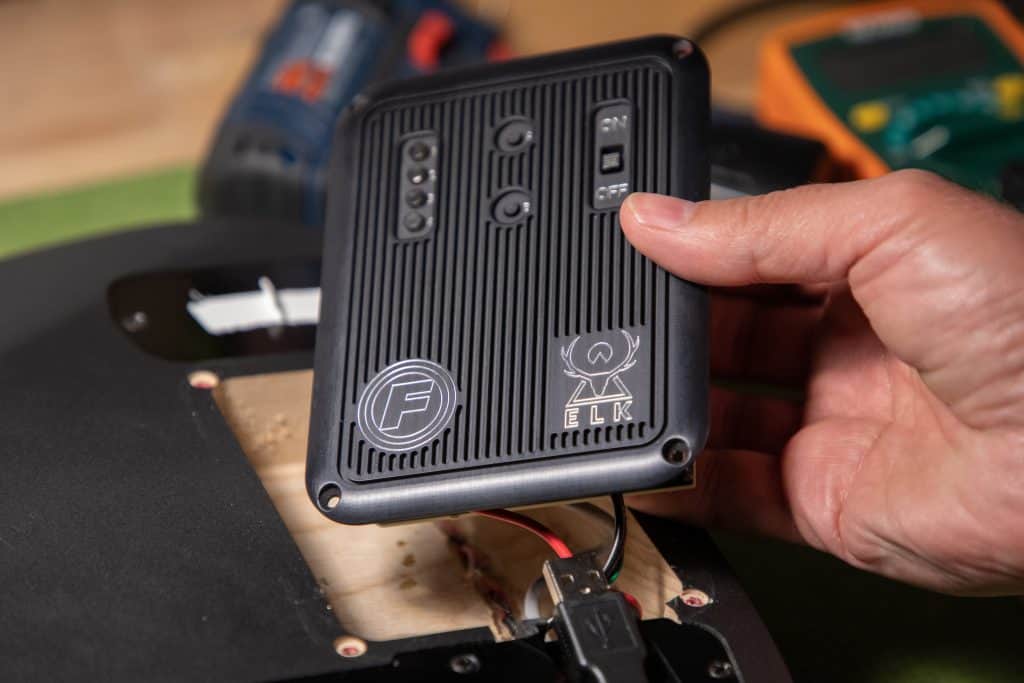 How Fishman, Arturia and MIND Music Labs Followed their MUSE to a State of the Art Synth Guitar in 30 Days

Posted at 14:02h in News by Ryan Fitzsimmons 0 Comments
Share

British mega-band MUSE is currently on tour promoting their latest album Simulation Theory performing in sold out stadiums all over the world. Each night frontman and guitarist Matt Bellamy brings out a one of a kind guitar with a special history to play the song “The Dark Side.” While Bellamy is happy with the result, reporting that “the guitar works great!” the story of how this guitar was conceived and built is just a few short weeks is very interesting. 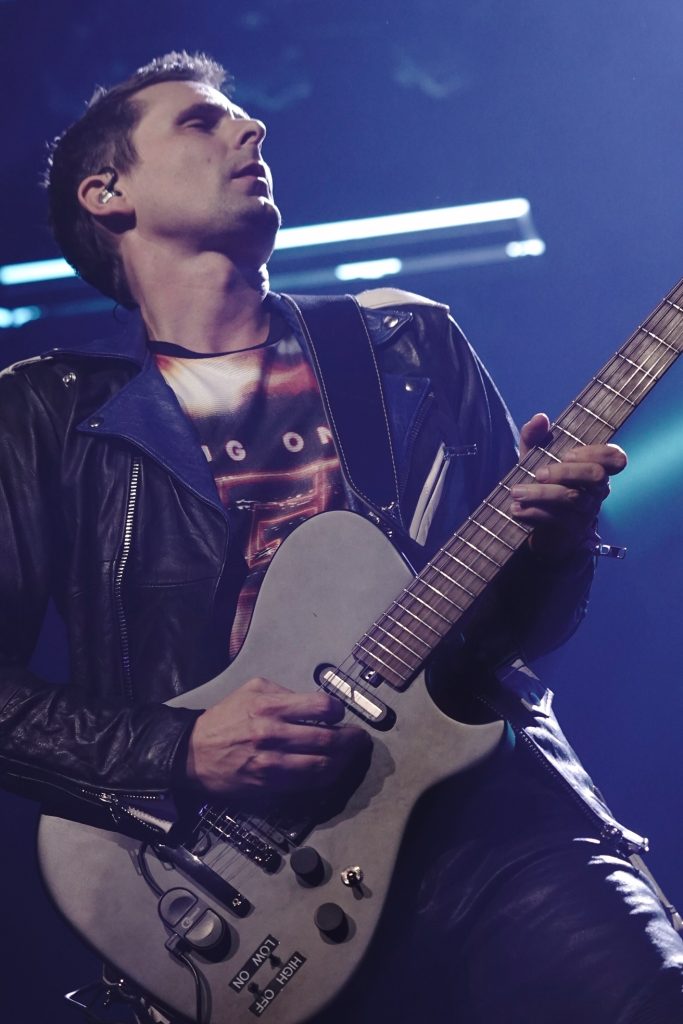 Matt Bellamy, being the perfectionist that he is, wants the sounds he created in the studio on stage as much as possible. One essential part of his sound is the Arturia Prophet V synthesizer. Being a user of Fishman’s TriplePlay MIDI guitar pickup & controller, both on stage and in the studio, he wanted to continue to use that to play the Arturia synth live, but without distance, range, cables and a computer getting in the way of his stage performance. 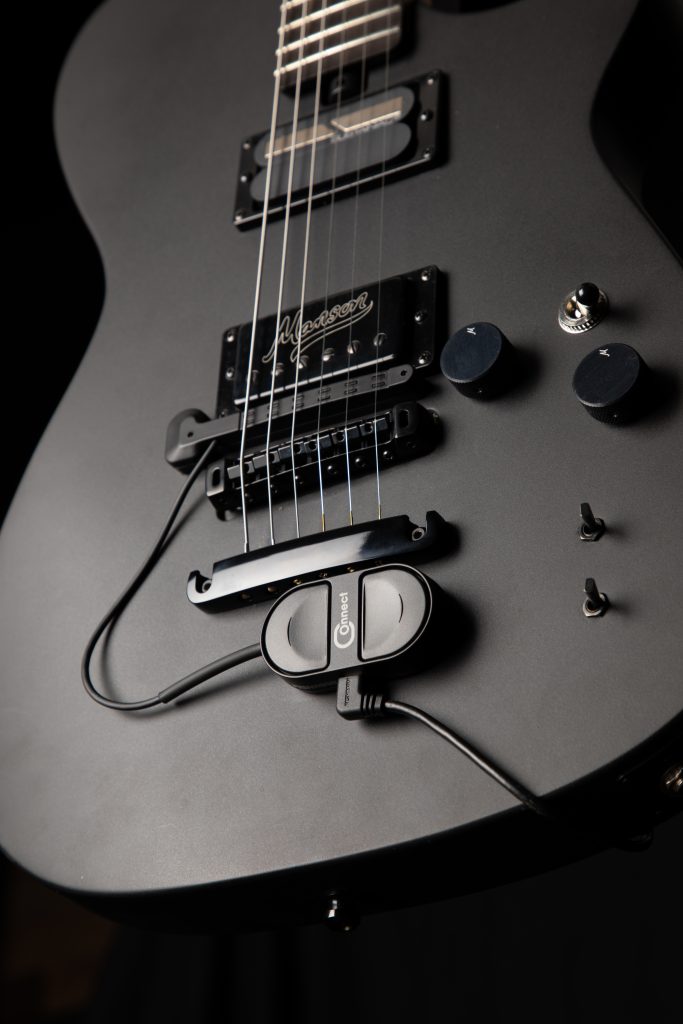 “When Matt told me he absolutely wanted to use the Prophet V softsynth live on tour” said Muse guitar tech Chris Whitemyer, ”but still be able to move around the stage without any restrictions, I knew we had to find a new kind of solution that would take the computer out of the picture.”

Chris Whitemyer was aware of Swedish music tech company MIND Music Labs and how their ELK MusicOS could run existing plugins and instruments on hardware. Thinking MIND might be the missing piece of the puzzle he approached them at the 2019 NAMM Show. Together with Fishman and Arturia, a first meeting was held in the MIND Music Labs booth on the show floor. That meeting, which took place just a few weeks before the start of Muse’s 2019 World Tour, kicked off several hectic weeks resulting in the three companies producing a new kind of guitar just in time for the tour’s first date in Houston, TX.

“Going to that first meeting at NAMM I didn’t know what to expect,” said Fishman founder and president Larry Fishman, “but as soon as we plugged in the guitar with our TriplePlay system in the Powered by ELK audio interface board, it was pretty clear that the Fishman and ELK systems would be compatible.”

What was clear after the first meeting was that the reliability of the Fishman TriplePlay MIDI Guitar Controller in combination with ELKs ability to run existing plugins inside the guitar could open up a new world for performers like Matt Bellamy. And with the tour just weeks away, a plan was hatched to get the system finalized and ready for use in the most demanding of conditions – a world tour of arenas and stadiums.

MIND Music Labs CEO Michele Benincaso commented “Getting three different companies to join forces on a special project like this does not happen very often, so this was truly special. To go from the first meeting at NAMM to a functioning system in just weeks was a mind-blowing achievement. It required the special expertise and focused efforts of all three companies to pull it off – I can still hardly believe we did”

Only days after the closing of the NAMM Show, MIND Music Labs CTO Stefano Zambon flew to Fishman’s Andover, MA headquarters to figure out how to get a powered by ELK audio board inside a guitar, that not only plays well enough to satisfy a world class performer, but could also control the Arturia Prophet V at extremely low latency. In short, redefine the state of the art for synth guitars.

“To see one of our V Collection classic products like the Prophet V on Stage with Muse is very exciting,” said Arturia CEO Frédéric Brun, “The fact that it is that same plugin running in the guitar as you use in the studio really makes all the difference. I mean, Matt Bellamy even uses the same preset in the studio!”

On February 22nd, just 4 weeks after the first initial meeting at NAMM, MUSE went on stage in Houston in front of a jam-packed Toyota Center. Seven songs into the show Chris Whitemyer handed Matt Bellamy the new guitar for the song “The Dark Side”.

Chris added, “When all the guys got together to build this, we didn’t tell Matt that a new guitar was going to be built or maybe not built. I just gave it to him for the first show and told him he could walk as far as he wanted on stage. He just said ‘Oh, Cool!’”

“I had no doubt in my mind it would work and it performed flawlessly. When I first got the guitar one week before the first show I tested it very thoroughly, leaving it on for four hours, turning it off and on fifty or more times, and jumping up and down with it and bouncing it off a mattress. It passed all the tests. The guitar is rock solid! Matt and I couldn’t be happier. It does everything I hoped it would and it’s on stage every night”

If you want to see this unique guitar in action it will be on MUSE’s Simulation Theory World Tour in the U.S. through May, then in Europe all summer and in South and Central America this fall.

Arturia – Specialist in the development of music software and hardware for professional and amateur musicians. Makers of the Prophet V synthesizer part of the V Collection.