One On One with The Brothers Reed 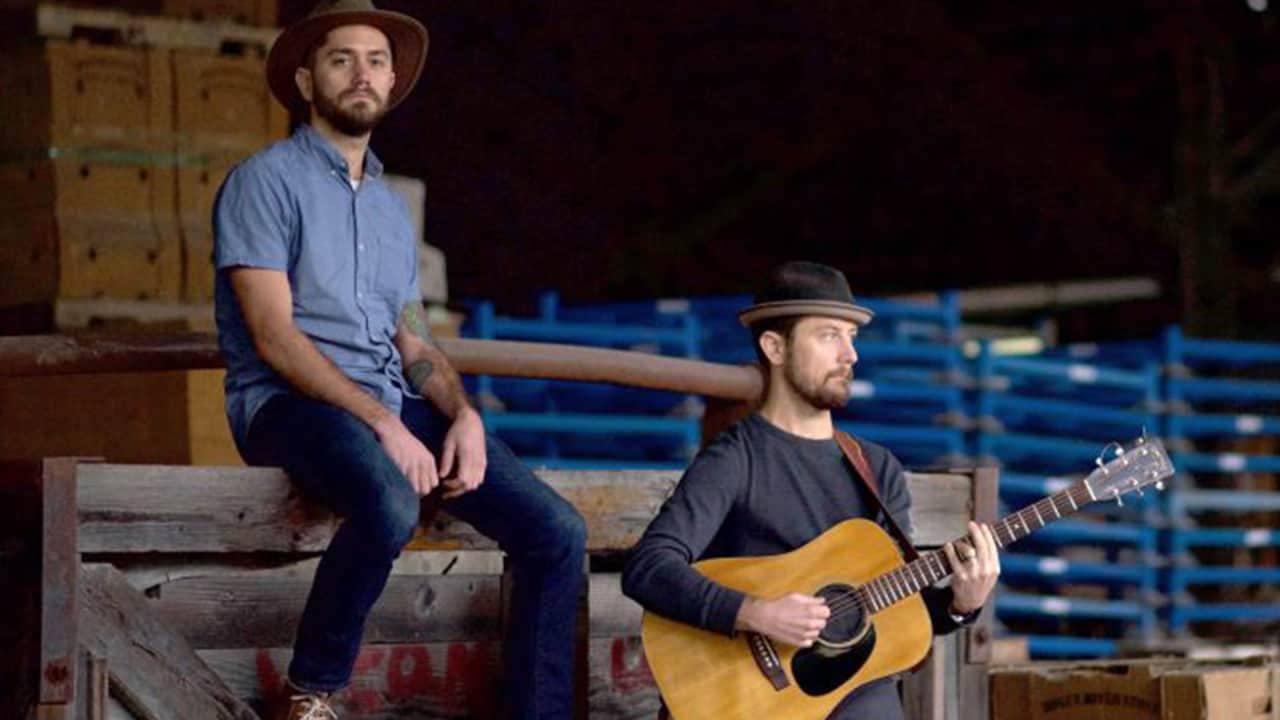 One On One with The Brothers Reed

Posted at 16:50h in News by Ryan Fitzsimmons 0 Comments
Share

We recently sat down with Fishman artists Phil and Aaron Reed of the The Brothers Reed, who describe their music as “familial folk from Southern Oregon.” Originally from Missouri, the critically-acclaimed duo play almost 300 shows a year, offering a blend of folk that encapsulates the grit and humor of Midwest life with the swagger and serenity of the west coast. The Brothers Reed personify the kind of working musicians that rely on Fishman products for every performance.

OK, first things first, what is it like to be brothers in an active folk-rock band?

Equal parts fulfilling, rewarding, affirming, and exhausting. Being on the road year round and running our entire operation in-house has hardened us into the Americana machines we pride ourselves on being. Being in a working band is a series of constant let downs and rejection, peppered with moments of validation and wins. We try and make sure we let the good and the bad come without taking too much of it to heart. This can be a largely perception based business and we do our best to remove ourselves from that aspect of it so we can remain true to who we are as artists, as well as to the folks who come to our shows and buy our albums. Being genuine and balanced seems to be the key to our success.

The music biz is not for the faint of heart and tends to chew up those who can’t handle the workload to make it a viable job. I can say definitively that we don’t and can’t have a shred of “give up” in our attitude. Through all the ups and downs we truly love all aspects of the job….except loading in and out. Schlepping gear sucks.

You could also call The Brothers Reed “raconteurs” with all of the comedic stage banter and storytelling. What inspires that?

That aspect of our live performance really just evolved organically. We are from a family of three brothers who all grew up hanging out together and we all share very similar interests. Smack talk was always just a part of our relationship so it’s really neat to see people take to that. I would say half of our fan base has taken to us because of our stage banter. We have had people really rooted in the scene tell us that it takes away from our music (because our lyrical content tends to be pretty heavy), but for every person that doesn’t like us ripping on each other, there are 100 who probably wouldn’t come to our shows if we didn’t.

Your new release, “Caught in a Dream,” is your fourth studio album. How have you has your songwriting and music evolved since your first record, (2015’s “Sick As Folk”)?

I personally think our songwriting has always been decently on point. We were both in bands before Brothers Reed and I (Aaron) have actually been a full time musician since 2011, with a couple stints before that, well before Brothers Reed was conceived. I think the biggest thing that has changed is our production skills. The sound quality has evolved as we have built a nice little studio over the years, one piece at a time. I do think that “Caught in a Dream” is the most cohesive and fluid album we have ever done and I hands down think it’s our best, most marketable work.

In 2018, you played 236 shows, released your third studio album “Three,” and toured the country from coast to coast. You were also offered, but were forced to decline, a chance to appear on the music television series “Real Country.” Tell us what happened.

We were contacted by the casting directors last May I believe. We initially were not told what timeline filming would be as our consideration had to move through the network ranks, but after a week or two we were officially invited to Nashville to film and be part of the show from mid-August through mid September. The problem was Phil was getting married on September 8th in St. Louis, MO. Deposits had been paid, family and friends had booked airfare and hotels, friends had booked airfare to come to Oregon for Phil’s bachelor party, etc. There was really no way to do it without modifying the shooting schedule, which we were told was not possible.

We care way more about family and music than recognition. The goal was never and still is not, to get famous by any means possible. As much as being on the show would not have hurt, and only helped our careers, there was just no way to do it without telling our family and friends that we were going to be selfish and have Phil and Alex (Phil’s now wife) re-schedule the wedding, which probably would have put a damper on our relationships with our already uber supportive significant others.

We felt that turning it down was the most “real country” thing we could have done. Can’t say the network was impressed though, lol. Hopefully they don’t hold it against us and will invite us back if the show continues. It wasn’t the first disappointing thing that has happened and I’m sure it won’t be the last, but we got over it pretty quick. I think in the end it endeared us to our fans even more so there is a silver lining there I believe.

The Brothers Reed is certainly a hardworking and dedicated musical act. What’s the one piece of gear you can’t live without (besides the touring van that was totaled last year after colliding with a deer)?

Beyond the obvious things like guitars, I can honestly say our Fishman Aura Spectrum DI’s have been an absolute game changer. Not only do they perform impeccably in a live setting, allowing us more freedom and control over our sound, in the studio they offer such a diverse array of textures, tones and possibilities! I can’t rave enough about what they have done for our sound. We run them live with no blend, but in the studio we ran a combination of 2-4 mics on each guitar depending on the song, along with the Aura Spectrum, and the Aura accounts for 50% of what you are hearing acoustically throughout the record. It is the most natural sounding direct signal I’ve ever heard on an acoustic guitar. We could not be happier.

How long have you been using Fishman products?

We’ve been using them diligently since you all were gracious enough to bring us into your roster in 2018. Before that, both our live guitars were equipped with Fishman pickups, so all in all, a pretty long time.

How was your experience working with Fishman?

It’s been awesome. You guys have some of the most communicative artist relations reps we’ve ever dealt with. We never feel like we are the forgotten fish in the big pond and your support has been welcoming and appreciative. We are grateful to be part of the crew!

The Brothers Reed’s new single “Never Mind” is available March 15th and their fourth album “Caught in a Dream” will be released on April 13th. To learn more and to purchase music, visit thebrothersreed.com.