Guitar World magazine gives the “All Systems Go” to the SA330x

Guitar World magazine gives the “All Systems Go” to the SA330x

Posted at 14:43h in News by Ryan Fitzsimmons 0 Comments
Share

In a recent issue of Guitar World magazine, editor Chris Gill said of our new SA330x Performance Audio System, “… If you’re a solo singer/guitarist who needs a pro-quality sound system that’s as easy to tote as an acoustic in a gig bag, the Fishman SA330x provides the performance you need now and the expandability you’ll need should you form a band.” 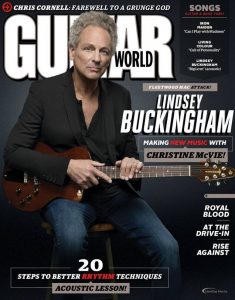 In his review, Chris goes on to explain the evolutionary back-story of the SA330x while pointing out some important features and upgrades from earlier models, “The Fishman SA330x is a new and improved version of Fishman’s previously famous SA220 Solo Performance System. The differences and upgrades are quite significant, including reduced weight (the entire system, including the stand and carrying bag, weighs less than 28 pounds), higher output power (330 watts versus the SA220’s 220 watts) and expandability. The SA330x is a slim, integrated unit that combines a speaker tower, amplifier, and mixer in a single package. The two-way bi-amped speaker configuration consists of six four-inch mid-woofers arranged in a modified line array that disperses sound across an impressively wide field, and a one-inch neodymium soft dome tweeter… The [on-board] two-channel mixer provides [inputs] optimized for acoustic-electric guitar and voice, with each channel providing individual Gain, Low, Mid, High, Reverb level, and anti-feedback Notch controls plus Pad, Phase and Low cut switches and combo ¼ inch/XLR input jacks. The built-in digital reverb is shared by both channels and provides four different settings.” 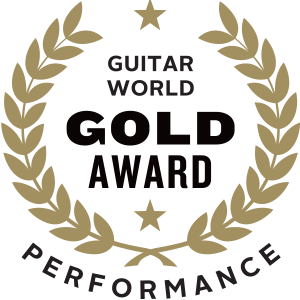 Gill gets to the heart of the matter by stating, “The Fishman SA330x is the perfect sound system for the acoustic-electric singer/guitarist who wants to fill a room with sound and adoring fans, but doesn’t want to haul around more equipment then they can carry over the shoulder and in hand… It’s sound is undistorted and crystal-clear as well, and the quality is equally good towards the back and edges of the room as it is front and center. Set up is quick and painless –just set up the stand, plug in the power, mic and guitar, make volume and tone adjustments and you’re ready to perform in less than five minutes.”

The entire review can be found in the August 2017 issue of Guitar World and @guitarworld.com.